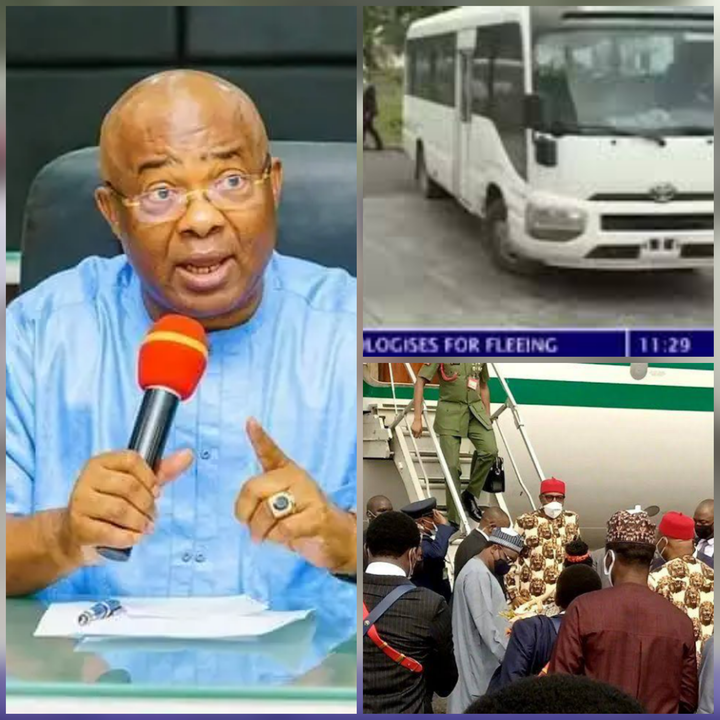 The visit of the President of the Federal Republic of Nigeria, Muhammadu Buhari, to the south-east region has stirred up mixed reactions among Nigerians. Some persons felt it would not work out, perhaps due to the threats from the proscribed Indigenous People Of Biafra (IPOB).

It was so surprising to doubters when it was confirmed that President Buhari, had arrived Imo State, as the Governor of the State, Hope Uzodinma, hosted him together with other south-east leaders and some military personnels. 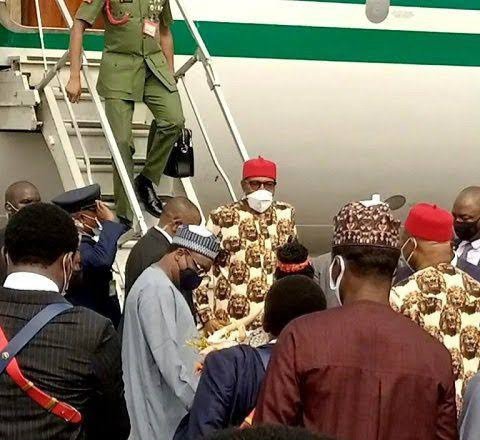 It was lovely to see Mr President dressed gorgeously in the south eastern attire same with other south-east leaders. Despite the alleged Sit-at-home order given by IPOB across the region, which made the streets of Owerri to look deserted, a good number of the residents came out massively to welcome the President.

According to reports by Sahara Reporters, it was gathered that the Special Adviser to the Imo state Governor Hon. Batos Nwadike got angry over the poor turn up of the residents after they had reportedly spent a whooping sum of N700M to rent buses and crowd which were to welcome Mr President. According to a video shared by Sahara Reporters, the buses were seen empty. 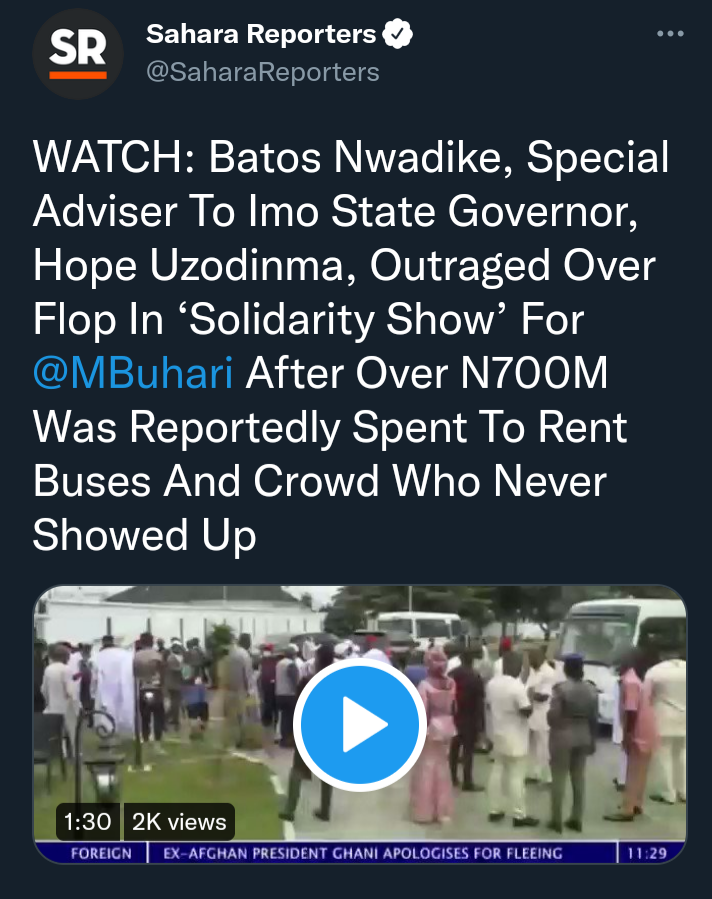 Related Topics:After N700M Was Spent To Rent Buses.SA To Gov. Uzodinma Gets Angry Over A Poor Turn Up For Buhari
Up Next