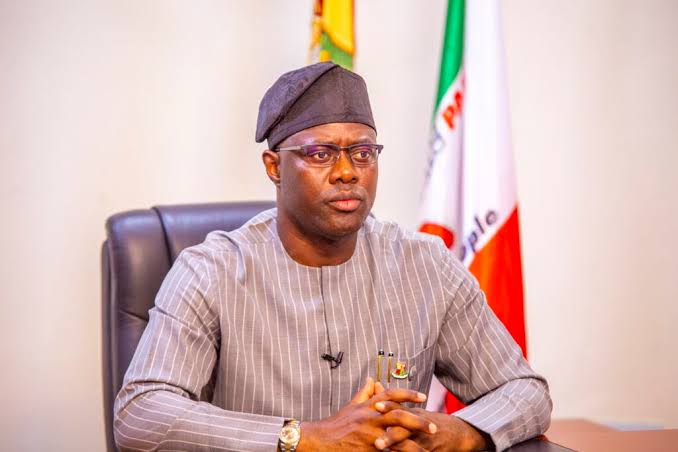 The Governor of Oyo State, Seyi Makinde has accused some people of not wanting his success in the state.

The PDP Governor stated this while speaking at the 1443/2021 Hijrah Luncheon held at the Government House, Agodi, Ibadan on Sunday.

Makinde said he saw the pictures of Adamasingba stadium filled with water that was being circulated by some people.

He accused people behind the circulation of the pictures of not wanting him to succeed.

The Oyo State Governor further stated that his administration will continue to balance political appointments between Christians and Muslims in the state.

Makinde said, “Some elements don’t want us to succeed, no doubt.”

“I saw the pictures of the waterlogged pitch they were circulating but when our people shunned them, the opposition elements went to pick some pictures from another location and made it looked like it is from our Adamasingba Stadium. But what do they want to gain from speaking untruth?”

“When the issue of Hijra happened before the pandemic, I had to call on some people to see how it would not affect our productivity because I think we have many holidays already. But much later when they came up with convincing arguments that if we declare a day to celebrate Hijrah, it won’t affect our economy, I approved it. Not only did I approve it, but I also said we should look for a special day to celebrate where we can wine and dine.”

“I want to use the opportunity of today’s event to address the issues some people brought up. Every time I go through the social media and read what people are saying, those who know how we did campaign in 2019 will admit that we did not abuse anyone.”

“As a matter of fact, the people of Oyo State know we are doing the right thing. We released the Roadmap for Accelerated Development of Oyo State (2019-2023) document, and told the people to hold us accountable by the document.”

“I am saying today again, go and look at the document. All the things we are doing now have been documented and we are just following the roadmap.”

Related Topics:Some People Don’t Want My Success – Makinde
Up Next