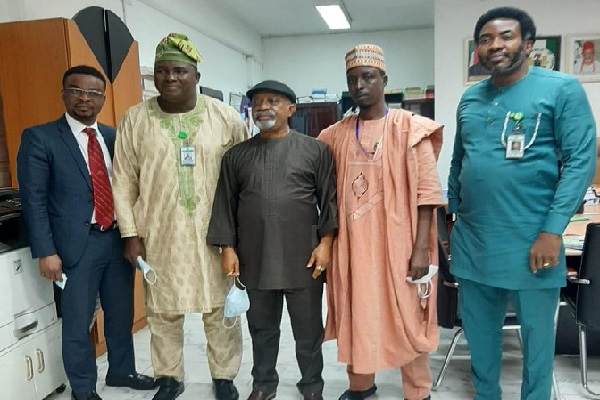 The Nigerian Association of Resident Doctors (NARD) on Monday said it was sidelined by officials of its parent body, the Nigeria Medical Association (NMA), at Friday’s meeting with President Muhammad Buhari.

A 16-man delegate of the NMA met with President Buhari last Friday on amjor issues in the Health sector, particularly the current strike by the resident doctors.

The President urged them to call off the strike, assuring them that his administration would offset all the debts it owed them.

Aside from insisting that the strike would continue, the NARD told The Nation that there seemed to be a deliberate attempt by the NMA to sideline it.

But the NMA debunked NARD’s claims that it was sidelined, saying since it was a visit to the President, there was not enough space to accommodate all affiliate members of the association.

A source at the meeting, who spoke in confidence with The Nation, said: “We had a meeting with the Ministry of Labour and Employment, and we interacted, reviewed the Memorandum of Understanding (MoU), and tried to see how it was working. We are working out to see if all the issues could be met and normalcy returned to the Health sector.

“NARD was not sidelined from the courtesy call on the President. The NMA has nine affiliates and the slots given were 15. The LOC alone was given 11, and the President of the NMA also needed to bring all the persons that have influence to make things easier and smoother. Three other ladies were added for gender balance.

“Mr. President actually asked for 30 so that it would include everybody, but Aso Rock (authorities) refused and gave only 15.

“It was just a courtesy call and there was no room for serious discussions; only speech reading. That was all. The courtesy call was not at the instance that there is a crisis in the health sector. It is, therefore, easy for people to make deductions which are not true. It is not only NARD that is angry, even Nigerian Dental Association (NDA), doctors in private practice were also angry.”

But NARD President, Dr. Uyilawa Okhuaihesuyi, explained that the NMA cannot take decisions on its members without their input.

“Our heads cannot be shaved in our absence,” he said.

“The NMA had an invitation to go to the Presidency. They are our parent body and we are just affiliates. We expected that they would take us along since one of the burning crises is the current strike by the NARD.

“But they did not take us along. When they got to see the Presidency, it was already what Ngige stated that played out.

“…The next day, the Secretary of the NMA called us to say that a four-man committee was set up by the NMA President and they wanted to see us. I was under the weather; so, I sent my Vice Presidents 1 and 2.

“The Vice-Presidents 1 and 2 of the NMA are to see the Minister of Labour (Dr. Chris Ngige) today (yesterday).

“The minister keeps giving false information. Concerning the Residency Training Fund, which the minister said is a problem – that some illegal doctors were paid, when the error was made as of last year September when I just newly came in as President – we wrote to the Federal Ministry of Health, the Federal Ministry of Labour and Employment, and the Accountant General’s Office that 558 people were paid erroneously.

“We requested that an account number be given to us so that those who can pay will pay back, and another system for them to make deductions from source.

“We brought all of that, not them. They did not even discover that somebody was paid in error. It is quite strange when they come on air and say that some doctors were paid illegally. It is quite shameful when someone in politics – a doctor and colleague – wants to kill the younger ones when his own daughter just did an induction a few days back and he has another child that is a house officer.

“We wonder what kind of legacy he is going to leave behind for Nigerians.”

Related Topics:Striking doctors disown NMA’s meeting with Buhari
Up Next

Bawa Is Hale and Hearty – EFCC