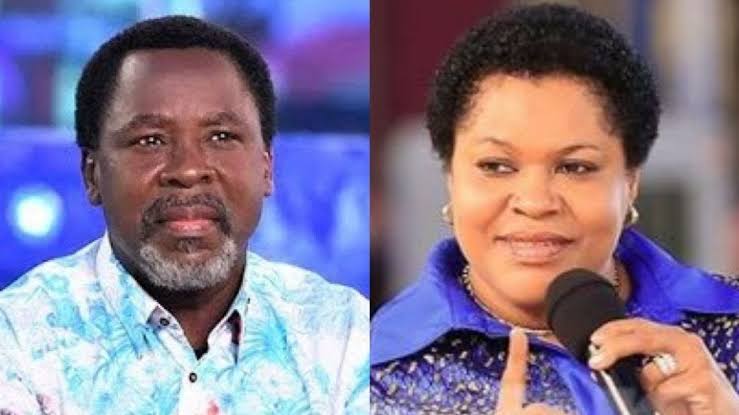 Some local disciples of Prophet Temitope Balogun Joshua, aka T.B Joshua, have been evicted from the Synagogue Church of All Nations, SCOAN, in Ikotun area of Lagos State.

According to our reporter, a source very close to the family revealed that late T.B Joshua’s wife, Evelyn, evicted the local disciples of the deceased prophet from the church premises.

The source said the eviction was part of Evelyn Joshua’s move to assume leadership of SCOAN.

Those who disrespected her in the past were asked to vacate the church.

“These disciples asked to leave were those who disrespected Evelyn while her husband was alive.

“They sidelined her, It’s a powerful tussle,” the source said.

The popular prophet was buried few weeks after his death within his church premises in Lagos State.