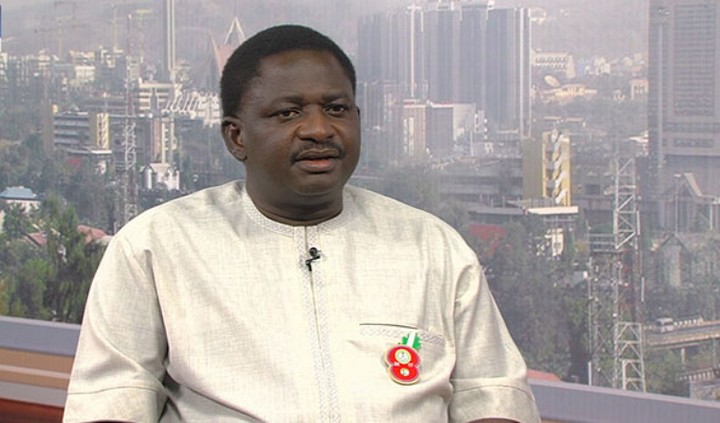 The special adviser to President Muhammadu Buhari on media and publicity, Femi Adesina has declared that the current administration has made remarkable progress in fighting insecurity in Nigeria.

According to the presidential media aide, a lot of challenges still remain but for those who think and see objectively, things are a lot better, he observed.

Mr. Adesina made the observation on Thursday during an appearance on a Channels TV interview programme where he submitted that Nigerians should be thankful to God for what the Buhari administration has done so far.

“As challenging as security is, even now, we are still not where we were.”

“You would look at some areas of security, if you are true and dispassionate and you will have cause to thank God that things are better in this area,” he said.

Comparing the current government with past administrations, Mr. Adesina said many things have improved and there is hope that pending issues will also be sorted out.

“There are some areas of security where things are a lot better than they used to be. There are still some challenging areas but there is assurance that those areas will be sorted out within the lifespan of this administration,” the media aide said.

Meanwhile, five students out of the 73 earlier kidnapped by bandit terrorists from their Secondary school in Kaya, Maradun LGA of Zamfara State, have escaped from their captors.

Naija News had recalls that terrorists on Wednesday morning abducted students from the school located in Governor Bello Matawalle’s hometown.

The gunmen who came on motorcycles stormed the school shooting sporadically.

Related Topics:Security Is Better In Nigeria – AdesinaThank God For Buhari Govt
Up Next

‘You Betrayed Us’ – Katsina Lawmaker To Buhari