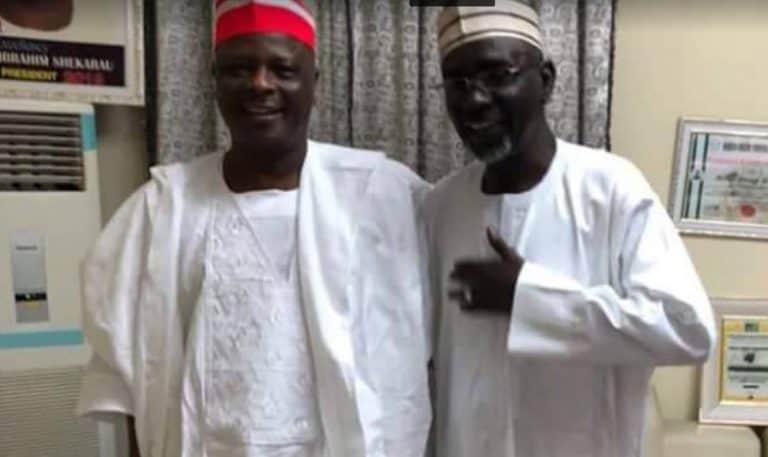 Former Minister of Defence, Senator Rabiu Musa Kwankwaso has described Governor Abdullahi Umar Ganduje of Kano State as an “ingrate” who has forgotten those who helped him win the 2015 governorship election.

Kwankwaso stated that he is ready to work with another former governor of the state, Ibrahim Shekarau to bring down Ganduje’s political stronghold ahead of the 2023 governorship election.

The former Kano governor and ex-senator representing Kano Central said this in an interview with BBC Hausa on Saturday.

Kwankawaso blamed Ganduje for the crisis rocking the All Progressives Congress (APC) in Kano, stating that he was not surprised at all.

He said, “Anyone who cannot pay back the good things that were done to him for many years, because he himself (Ganduje) has mentioned it that we did this and that to him. And a lot of people have heard that.

“But the time he got to power, he couldn’t do one single favour to Kwankwaso and Kwankwasiyya followers. So how do you expect peace to be there? I know it was coming, it’s just a matter of time.”

Kwankwaso appreciated Shekarau for praising him at a recent event, adding that he would not be surprised if both of them finally end up in the same political camp.

The former defence minister explained that he had been silent in the PDP because of injustice done in electing leaders in the Kaduna chapter of the party.

The PDP chieftain said after they conducted the elections, some of the selfish leaders decided to create problems for Kano leadership, which he said, had been resolved.

Related Topics:2023: ‘Ganduje Is An Ingrate’ – Kwankwaso Speaks On Working With Shekarau
Up Next