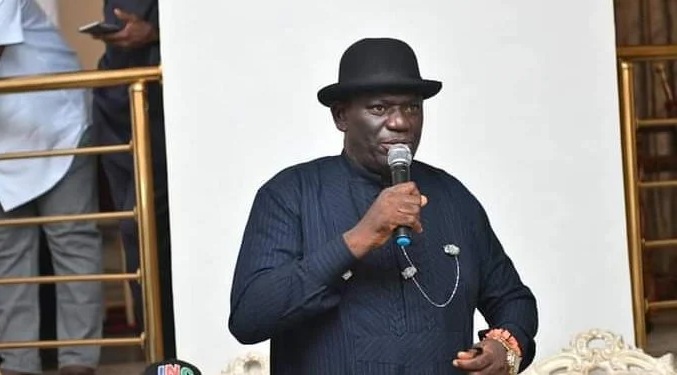 The Ijaw National Congress, INC has revealed only a detribalized candidate will get its mandate for the 2023 presidency.

Lamenting the backwardness of the nation, INC said it hoped a time would come that zoning will no longer be an issue but the people will come into agreement to say the next leader should come from any region if he has the capacity, love and all it takes to rule the nation.

Speaking during a programme on Rhythm 93.7FM, Port Harcourt on Monday, President of the Ijaw National Congress, Prof. Benjamin Okaba, said the country is not mature yet for power rotation.

Okaba further bemoaned how the oil-producing region are been treated as second class citizens despite their economic impact on the nation.

He said, “First and foremost, the Ijaw nation is not very particular about the elections in 2023 because, during our visit to the Presidency, we made it very clear that our commitment to the Nigerian project is dependent on inclusion.

“Our position is that for the stability of this country, for power rotation, we are not mature yet. There is a point in this nation that we will get to where we say okay the president can come from any place if he has the capacity, love and he has what it takes to rule.”

Okaba continued, “But in a country that is so backward, that political capital is now used as a means of development; anybody that gets into power develops his own place, appoints his own people. The President (Muhammadu Buhari) has the NNPC dominated by his tribesmen and all that.

“So, we are looking at key issues of restructuring, community policing, the issue of balkanization of our people, particularly places like Akwa Ibom and Edo where in spite of producing the oil, these states are treated as second class citizens.”

Related Topics:2023 Presidency: We Will Only Support… – INC
Up Next

Bayelsa Youths Protest Against AGIP Over Neglecting Their Community.