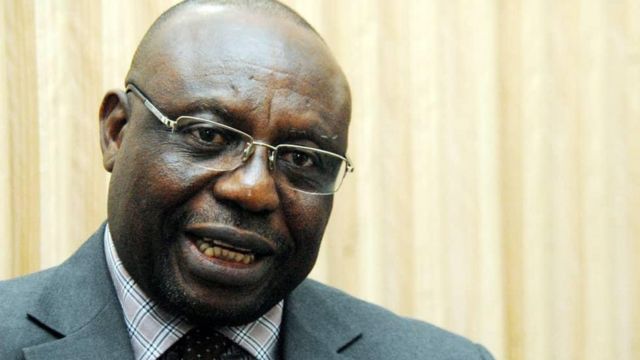 INEC spokesman Festus Okoye said it wouldn’t reach out to proscribed IPOB/ESN in its stakeholders engagement ahead of the Anambra elections.

The Independent National Electoral Commission, INEC, will not engage the Indigenous People of Biafra, IPOB, and the Eastern Security Network, ESN ahead of the November 6 governorship election in Anambra state, say spokesman Festus Okoye.

Mr Okoye made this known during an interview with Arise TV on Thursday. He said that while the commission has been engaging stakeholders including security agencies, civil society organisations and other relevant bodies, it wouldn’t go out of its way to engage IPOB/ESN that has been outlawed by the Muhammadu Buhari regime.

“But in terms of IPOB, the commission will not go out of its way to go and engage with an organisation that the federal government has declared as illegal. So we won’t do that,” he added.

Many have continued to blame IPOB for the incessant attacks on the state and other states in the southeast region.

Stakeholders in Anambra project, including the Independent National Electoral Commission (INEC), had raised alarm over the upsurge in cases of violent attacks on individuals and government facilities in Anambra as the governorship election in the state draws closer.

Violent attacks have escalated in the past few weeks forcing a halt in political campaigns in the state. Both the All Progressives Congress and the Peoples Democratic Party candidates suspended their campaigns after their supporters were murdered by unknown gunmen.

Dr Chike Akunyili, husband to former information minister Dora, was last week murdered in cold blood. On Sunday, gunmen razed zonal offices of the police and the SSS in Nnewi.

Following the incessant crisis, Attorney-General Abubakar Malami last week threatened to declare a state of emergency before the state’s gubernatorial elections next month.

Mr Malami said insecurity has spiked across the state, the largest in Igbo-dominate South-East, in recent weeks and the administration will not allow hoodlums overtake constitutional order.

Related Topics:AnambraDecides: We won’t dialogue with IPOB/ESNsays INEC
Up Next