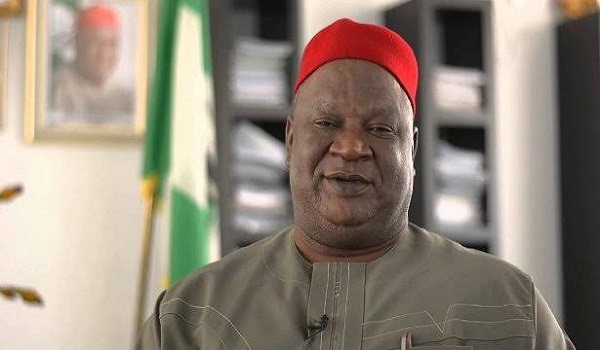 Former Senate President, Anyim Pius Anyim and the Emir of Kaura Namoda in Zamfara State, Sanusi Mohammed, have blamed leadership failure for the worsening insecurity in the country.

The duo also maintained that poor policies are responsible for the slow pace of development.

The former Senator and monarch stated this at the launching and public presentation of a book entitled: “Leadership Principles for Junior Commanders in the Military’ written by Colonel Chukwu Obasi.

Anyim, who was the chairman of the occasion, called for right leadership recruitment process to address the anomaly, adding that leadership failure was mainly responsible for the setbacks in the country.

He said, “I want to believe that the basis for our setback today is on the process of leadership recruitment. When leaders are recruited without proper training, certainly, they would not have any basis to apply certain principles that would make them do their work efficiently and dependably.

“The interface between the military and the civil society has become an inescapable narrative and we must build the interface in such a way that we would know the dividing line . There’s a nexus between the administrators of the polity and the defenders of the polity and both must work hand-in-hand and understand their border lines in order to deliver services”, he stated.

The Emir, a retired Major in the Nigerian Army, stated that the security challenges Nigeria was facing lay with poor leadership, insisting that if the country had effective leadership from the grassroots it would not have been plunged into the present hardship.

Chief of Army Staff, Faruk Yahaya, who was represented by Brigadier General AO Oyelade called for the inclusion of the leadership principles highlighted in the book in the curriculum of Corps Headquarters and training institutions.

Related Topics:AnyimEmir blame poor leadership for rising insecurity
Up Next