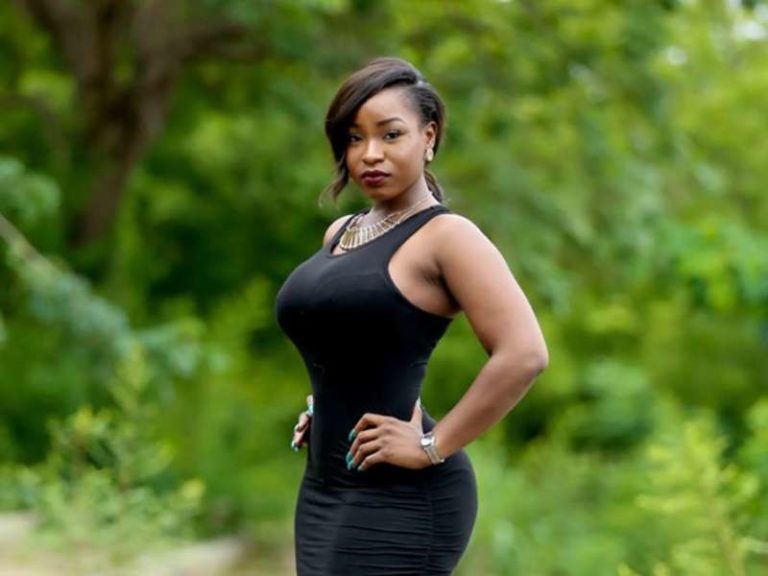 Former BBNaija Season 6 housemate, Jackie Bent, has said she displayed a sense of maturity in the House owing to the set of rules and regulations her mother gave her.

Former BBNaija Season 6 housemate, Jackie Bent, has said she displayed a sense of maturity in the House owing to the set of rules and regulations her mother gave her.

According to her, her mother has a high level of trust and confidence hence was not afraid that she would bring disappointment to her immediate family.

This comes as a section of Nigerians have queried why Grace Bent, a former Senator representing Adamawa South Federal Constituency, would allow her daughter to feature in the Big Brother Naija series, criticised for its high level of uncensored consistent acts of immorality perpetrated by a good number of participants referred to as housemates.

Briefing the press on Friday in Abuja to herald a lineup of activities to celebrate her homecoming, Jackie B who revealed the massive support from her family especially her mother, insists that despite the ugly aspects of the show, it provided her with an opportunity to grow her brand of interior/fashion designing as well as event/wedding planning to a greater level.

She said: “My mum supported me 100 per cent because she knows me, believes in her daughter, she trusts me and is more confident in who I am so she had no doubt I would go in there and not disappoint her. She has been supportive of me and she knows what am capable of and not capable of.

“It was my choice to go into Big Brothers house and she supported my decision but she sent me in with a lot of rules and prayers like any mother would because she trusted me 100 per cent and am happy I didn’t disappoint her, am thankful or that. I don’t regret anything I did because I am sure I didn’t do anything wrong. I was 100 per cent myself, and everyone who knows me knew I was being myself.”

Jackie said her seven weeks stay in the House before the eviction was divinely destined; adding that although she has no regrets, they were no plans of going back to the show as a housemate.

“I do believe in destiny and I feel I was destined to be in Big Brothers house for seven weeks and I was very happy for the weeks I spent there. I was not by another body’s power or might, I won’t give it up for anything but I won’t go back to the Big Brothers house. I am moving unto bigger things.

“The show comes with a lot of negativity and its downsides but it also comes with a lot of opportunities which I have been fortunate to acquire to mingle and grow personally and financially. I am an interior designer and I have a fashion business and wedding planning I run and am looking at expanding all my businesses across the globe.”

“Big Brother is more of a social experiment that has to do with the psychology, that is why they choose different people with different personalities and experiment how they can live, grow and develop together. We were not acting a script, we were all very original in the house,” she added.

Related Topics:BBNaija: My mother gave me rules before allowing me into house – Jackie B
Up Next

Ex-BBNaija Housemate Angel Says She Has Been Getting Death Threats