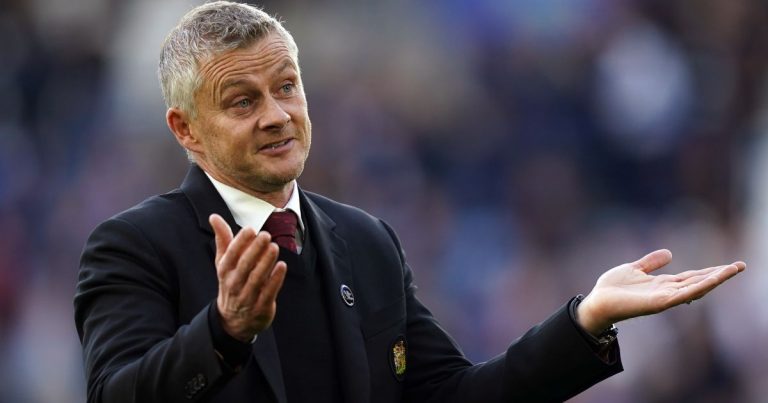 A bemused Ole Gunnar Solskjaer admitted he “probably made a bad decision” as Manchester United slumped to a 4-2 defeat at Leicester.

United went ahead in the match when Mason Greenwood scored a beauty from outside the box. However, the Foxes were much the better side and deservedly turned the game around. The returning Marcus Rashford levelled but two more goals gave the home side the win.

The loss ended United’s 29-game unbeaten away run and meant they’ve picked up just one point from their last three Premier League fixtures.

Speaking post match, Solskjaer said: “When you look at the game after, the four goals we conceded were poor. The way we played we don’t deserve to continue that run.

“I pick the team, Harry Maguire showed no reaction and I hold my hand up if that does not work out.

“If we concede four, I probably made a bad decision.

“Lately we have not been in great form, lost too many points and that is something we have to look at. We might have to change, do we need more legs in there? What do we need?

“I have got many good players. Fred, Edinson Cavani, you miss them.

“I am not making excuses for the team I put out there, they are top footballers and we have not produced.”

Maguire returned from a spell on the sidelines with a calf injury for the game at the King Power Stadium. But he struggled to contain Leicester’s attack.

And he was at fault for the Foxes’ first goal as the ball was stolen from his possession by Kelechi Iheanacho, who laid back for Youri Tielemans to score a stunner.

Fred and Cavani were unavailable due to late returns from international duty. But aside from the injured Raphael Varane, Solskjaer was able to name a near full-strength team.

The starting XI featured Paul Pogba playing in a more defensive role than he has been this season in place of Fred.

The France international held no punches in his interview, telling the BBC: “We deserved to lose.

“To be honest, we have been having these kind of games for a long time. We have not found the problem, conceding easy goals, stupid goals.

“We need to be more mature, play with more experience and arrogance in a good way. We need to find something, we need to change.”

Gulder Ultimate Search: 18 Warriors’ Journey To Find The Secret Of Akolo The Craftsman