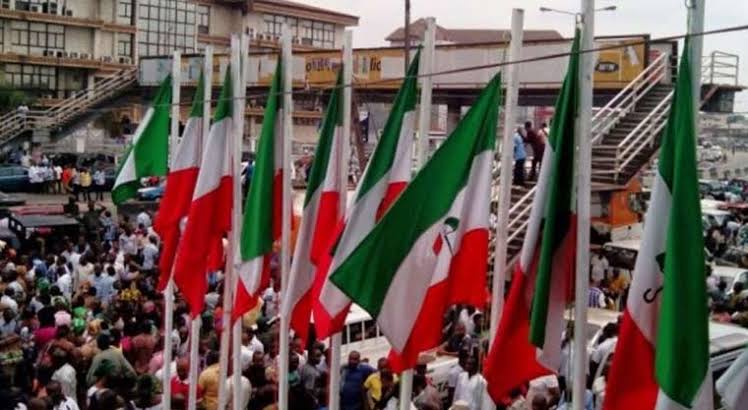 The National Executive Committee of the Peoples Democratic Party (PDP) has approved the recommendation of its committee, zoning the position of national chairman to the North.

National Publicity Secretary of the party, Mr Kola Ologbondiyan, briefed journalists about the decision after the NEC meeting, which was held in Abuja on Thursday.

The NEC also said the 2023 presidency is open to all zones.

The PDP NEC also retained the scheduled date for the party’s convention.

It is scheduled to take place on October 30 and 31.

The Acting National Chairman of the Party, Elder Yemi Akinwonmi who earlier commended the two committees of Adamawa State Governor, Ahmadu Umaru Fintiri and his Enugu State counterpart Ifeanyi Ugwaunyi saddled with the responsibility of Zoning and Convention Planning for working towards making a difference, urged Party faithful to bury their differences for the overall progress of PDP and Nigeria.

The two committee Chairmen had also addressed the gathering to set the tone for the meeting.

The Board of Trustees Chairman, Ambassador Wali Jibrin says BOT will continue to promote unity amongst Party Members to ensure the return of PDP to power in 2023.

Chairman of the PDP Governors Forum, Aminu Waziri Tambuwal, former Vice President Atiku Abubakar, and Ndudi Elumelu who spoke on behalf of the PDP National Assembly Caucus all pledged to work towards salvaging and rescuing Nigeria.

They noted the challenges faced by Nigerians today, describing it as worrisome, and appealed to the Party to remain focus and deliver a smooth convention as a first step to taking over the reins of governance in Nigeria.

Related Topics:ApprovesBREAKING: PDP NEC Says 2023 Presidency Open To All
Up Next