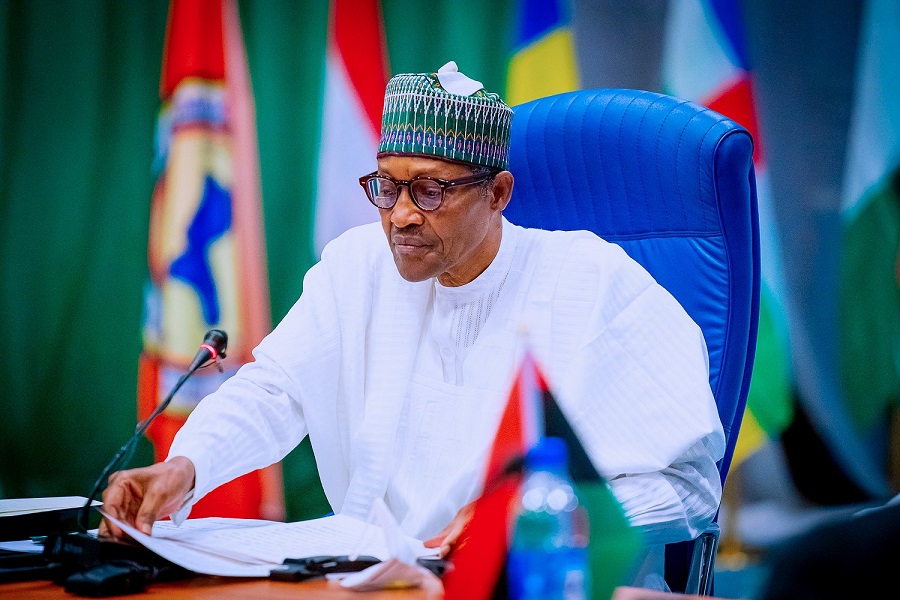 President Muhammadu Buhari has granted approval to the Nigeria Extractive Industries Transparency Initiative (NEITI) and other anti-corruption agencies like the Nigerian Financial Intelligence Unit (NFIU), the Independent Corrupt Practices and Other Related Offences Commission (ICPC) and the Economic and Financial Crimes Commission (EFCC) to recover about N2.65 trillion unremitted funds from 77 oil companies operating in the country.

This follows the recent revelation about 2 weeks ago by NEITI that 77 oil and gas companies operating in Nigeria were indebted to the federation to the tune of N2.659 trillion due to their failure to remit petroleum profit tax, company income tax, education tax, value added tax, withholding tax, royalty and concession on rentals, according to ThisDay.

This disclosure was made by the NFIU Director and Chief Executive Officer, Mr. Modibbo Tukur, who broke the news of the President’s approval, pointing out that the Minister of Finance had been directed by the President to oversee the process, including the setting up of a panel of the anti-corruption agencies to recover the unremitted monies.

What the NFIU Director/Chief Executive Officer is saying

Tukur, who spoke when he visited the NEITI secretariat to officially sign a Memorandum of Understanding (MOU) between the 2 government organisations expressed displeasure of the huge debt.

The NFIU boss noted that it was unacceptable that government would be owed such huge funds at a time it was borrowing to fund major projects around the country.

Tukur said, “And that (NEITI’s hard work) has led to some kind of fruition because I briefed him (President Muhammadu Buhari) this morning and you may not be aware of it. This week, Mr. President has officially approved all the recoveries to be done in this area. The Minister of Finance has been directed to set up a recovery panel with the EFCC, NEITI and NFIU in it and even NAPIMS and all the others.

“So, we are heading to maximum transparency. And there will be consolidation of data coming from NEITI, from NFIU and other agencies and there will be very clear reconciliation with the players and those regulating the sector. So, no more hiding of our national revenues. We all know what we are going through. Nobody wants to see the government borrow.’’

He said that the NFIU realized that from its analyses of the flow of funds, a huge chunk of monies from illegal extractive business was either being moved out of the country illegally or used in financing terrorism.

He added: “So this is also a natural environment issue where people hide and they do illegal mining, they exploit, then they do certain things and they move it out of the country without even the Ministry of Mining knowing and sometimes they go as far as using this sector to finance terrorism.

“We ran into so many cases, in this particular area when we were doing our analysis on terrorism. So, I think today is the day to congratulate you because we are taking off and you will see the results because now we have all seen the zeal.

“We are talking about N2.6 trillion, then we also reported over $5 billion not paid in the area where the players are, which is the Niger Delta area. And then over N700 billion not paid, and in some cases companies receiving as agents and not even remitting.”

Also, speaking earlier, Orji stated that the essence of the collaboration was to strengthen partnerships to ensure that resources available in the country are prudently managed in a manner that benefits all Nigerians.

He noted that the process that led to the MoU began earlier in the year, with special attention to the management of information and data in the oil, gas and mining sectors because of the strategic importance of the sectors to the economy.

The NEITI boss said, “We can’t all sit down and watch as a few people will want to fritter the resources that are available to this country. This country is in a haste to develop and needs resources to provide roads, water, electricity, build infrastructure for our people and our teeming youths and make life abundant and to reduce the exodus of our youths to other jurisdictions where they go and even things get tougher.

“When we travel around the world and we meet Nigerians, I feel pained because some of them are the best talents and brains that could have been more useful in our country.

“Everyday, we get reports of illegal mining, extortion and selling of our mineral resources in the international market without any consideration, especially in the area that these activities border on our national security.’’

Orji expressed his delight at the president’s quick intervention to enhance NEITI’s work and noted that the organisation had met with the EFCC, ICPC, and NFIU for similar engagements which have gone beyond signing papers.

What you should know
Recall that earlier in September, the Executive Secretary of NEITI, Ogbonnaya Orji, revealed that 77 oil and gas companies operating in Nigeria are indebted to the country to the tune of N2.659 trillion as Nigeria continues to grapple with revenue shortfall and has gone borrowing to finance its huge budget deficit with debt service gulping as much as 98% of its revenue.

He stated that when converted to forex, government was being owed $6.48 billion at today’s official exchange rate of N410.35, adding that a breakdown of the figures showed that a total of $143.99 million was owed as petroleum profit taxes, $1.089 billion as company income taxes and $201.69 million as education tax.

Related Topics:Buhari okays NEITINFIUothers to recover N2.65 trillion from oil companies
Up Next