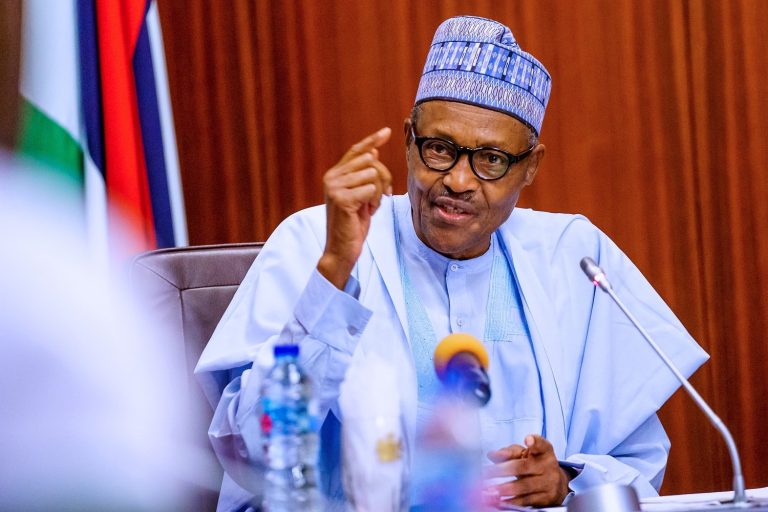 President Muhammadu Buhari has promised to do everything within the law to protect citizens from onslaught of criminals, which include insurgency, banditry, kidnapping and politically motivated killings.

He stated this on Saturday while speaking in Kaduna at Passing Out Parade for Cadets of 68 Regular Course (Army, Navy and Airforce).

In a statement sent to TrackNews Online and signed by his Media Assistant, Garba Shehu, Buhari assured that more equipment had been received from some friendly nations to improve security operations.

According to the President, his government remains focused on its priority of improving security, bolstering the economy and fighting corruption.

Buhari said: “As you are all aware, our beloved nation Nigeria is facing many security challenges at this period. We continue to face security threats and violent crimes such as insurgency, banditry, kidnapping and politically motivated killings which threaten our national integration.

“I assure you that this administration will continue to do everything within the ambit of the law to eliminate all forms of violent crimes that are creating fear and anxiety among the citizenry.

“It is pertinent to state in this regard that, we have received new equipment in our fight against any form of insecurity from our friendly countries.

“These assets will be deployed to accelerate the fight against insecurity in all parts of the country.”

President Buhari noted that security had assumed priority in governance and public policy in international scheme of affairs.

“It is against this backdrop that we introduced a new Landing Ship Tank early this year to replace the first set of naval ship tanks which were decommissioned by the Nigerian Navy.

“The introduction of the Landing Ship Tank is expected to bolster the Navy’s Sealift capability and promote our global maritime commerce, peace and safety within the Gulf of Guinea and our maritime neighbourhood,’’ he added.