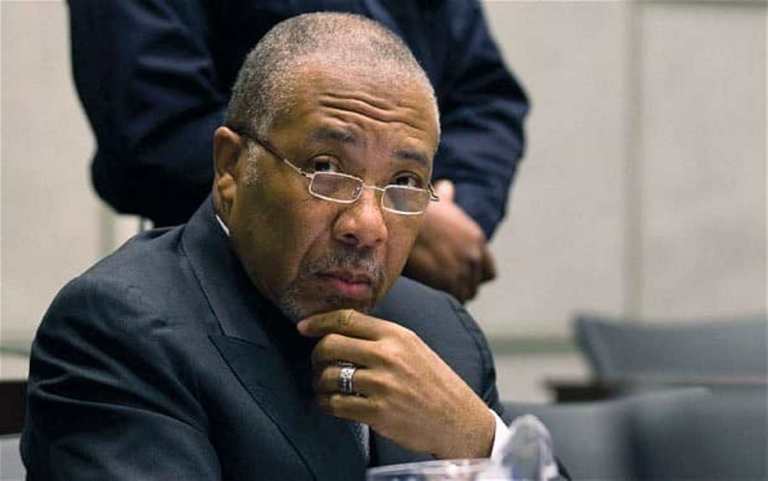 Former Liberian warlord-turned-president Charles Taylor has filed a lawsuit against his country’s government over its refusal to pay his pension and retirement benefits.

Charles Taylor is currently serving a 50-year sentence in a UK prison after being convicted in 2012 by a court in The Hague of fueling civil conflict in Sierra Leone.

The ECOWAS court said Taylor had filed a lawsuit alleging his right to property had been violated by Liberia’s refusal to pay his pension and retirement benefits since 2003.

He called the action of the government ‘a violation of his human rights, particularly the right to freedom from discrimination, equal protection of the law, right to dignity, fair hearing and property’.

The court said no date has been fixed for the hearing for Taylor, who was Liberia’s president from 1997 to 2003.

Taylor was the first ex-head of state to be jailed by an international court since the Nazi trials at Nuremberg in Germany after World War II.

He was convicted on 11 counts of war crimes and crimes against humanity over acts committed by Sierra Leone rebels he aided during the war.

Taylor sparked a 13-year civil war in Liberia when he led a rebellion in 1989 to oust President Samuel Doe, which deteriorated into one of Africa’s bloodiest conflicts.

Related Topics:Charles Taylor Sues Liberian Government Over Pensions
Up Next

AU Makes Case For Lifting Of Sanctions Imposed On Zimbabwe