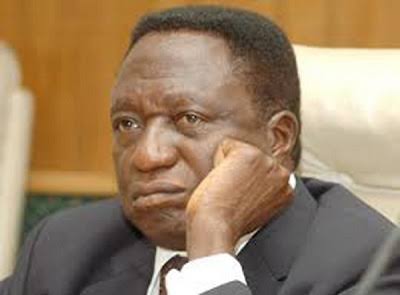 A Federal High Court, Abuja on Friday, ordered former Joint Admissions and Matriculation Board (JAMB) Registrar, Prof. Dibu Ojerinde, to pay a N100, 000 fine over his plea for an adjournment considered to be delaying trial commencement.

Justice Obiora Egwuatu made the order after counsel to the Independent Corrupt Practices and Other Related Offences Commission (ICPC), Ebenezer Shogunle, prayed for an award of a fine in favour of one of the commission’s witnesses, who travelled from Ibadan to testify in the money laundering trial.

Earlier when the matter was called, Shogunle informed that the matter was slated for commencement of trial and that three of the ICPC’s witnesses were in court.

However, the new counsel to the former JAMB boss, Dr Doyin Awoyale, said his chamber was just being briefed to take over the matter and that he would need a little time to study the case.

He then applied for an adjournment to allow them get familiarised with the matter.

“This is necessary in the view of the fact that the defendant just briefed a new set of lawyers led by Ibrahim Isyaku ,SAN. That is our pray, ” he said.

But Shogunle opposed the request, saying one of the three ICPC’s witnesses, “travelled from Ibadan to be in court today.”
He argued further that this would be the third time Ojerinde would be requesting for an adjournment in the matter.

“At the last adjourned date, my Lord even warned that all parties should prepare for trial today,” he added.

The lawyer said though he was prepared to proceed with the trial, “in the event that my lord is minded to grant the defendant counsel an adjournment to enable him familiarise himself with the case as he said, I urge my lord to make an order for the defendant to pay one of the witnesses’ expenses as provided for under Sections 251 and 252 of ACJA (Administration of Criminal Justice A t).”

However, Awoyale disagreed with Shogunle’s prayer, arguing that the law provided that the defendant should be afforded enough time to prepare for his defence.

He said the sections of the law cited were not applicable owing to the antecedence of the matter.

Justice Egwuatu, who noted that when lawyers complain that the wheel of justice does not go fast, the blame is often shifts on the judges, recalled that Ojerinde was arraigned on July 8 and later granted bail.

The judge narrated how the defendant had sought for an adjournment on three different occasions.

He said the defendant had all the time to prepare for his defence, and should he failed to do so, it was no body’s fault.
Awoyale then admitted to pay the fine but urged the court to adjourn the matter in the interest of justice.

Egwuatu, who ordered the defence to pay the witness who travelled from Ibadan the sum of N100, 000 on or before Oct. 11, adjourned the matter until Feb. 8 and Feb. 9 for trial commencement.

PlatinumPost reports that on Sept. 29, Ojerinde sought for adjournment to enable him engage another lawyer in his trial.

Prior to his decision, Peter Olorunnisola, SAN, had been appearing for the ex-JAMB boss.

Justice Egwuatu had, on July 8, admitted Ojerinde to bail in the sum of N200 million with two sureties.

Egwuatu, who granted Ojerinde’s prayer after taking the arguments of counsel to the parties in the matter, said one of the sureties must be a professor in a federal university.

He ruled that the professor must provide documented evidence of professorship, letter of appointment and staff identity card.
He also said that the other surety must own a landed property in Abuja worth the bail sum and must be verified by the court registrar, among others.