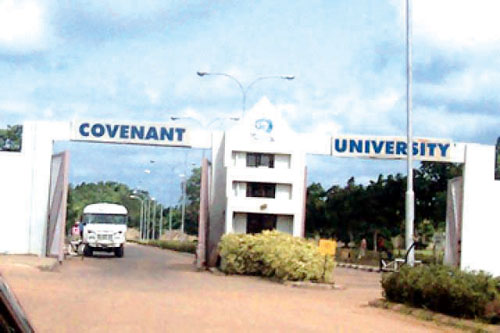 The National Industrial Court has ordered Covenant University, Ota, Ogun State, to pay a former employee the sum of N10.3 million for wrongfully relieving him from work.

The court ruled on Thursday that Dr Adekunle Oyeyemi who was employed into the varsity in 2007 was wrongfully dismissed in 2016.

Tracknews Online understands that Oyeyemi gained employment as a full-time Director of the University’s Counseling Centre in Oct 2007. After 9 years of his service, the academia received a letter of redeployment to the position of a senior lecturer at the varsity.

Oyeyemi is said to have sent an internal memo to the Secretary of the University Board earlier to state his position against the board’s resolution on the issue of tenure of Principal Officers and Directors.

He, however, received a letter informing him that his tenure as the Director of the Centre had come to an end and he was being redeployed to the Department of Psychology as a Senior Lecturer.

Feeling unsatisfied with the decision as it was against his terms of employment, Oyeyemi through his counsel, Funmi Falana, submitted that the termination of her client’s employment was done contrary to the institution’s law.

She, therefore, sought an order of reinstatement amongst other reliefs.

The varsity on its part maintained that the claimant was invited to a roundtable discussion when his service was no longer required in its counselling centre.

The university also claimed that Oyeyemi, when informed of the board’s decision to transfer him as a Senior Lecturer on contract, consented to the arrangement.

The university added that it decided to retain the claimant as a Senior Lecturer on contract as a kind gesture as he was over 60 years as at the time and was due for retirement.

After a fair hearing from both sides, the court judge, Justice Ayodele Obaseki-Osaghae, declared that the termination of the claimant’s employment was wrongful and in breach of the contract of his employment.

The court ordered the payment of N8.2 million as the equivalent of his 24-month salary as general damages.

The sum of N1.7 million was ordered as terminal benefits and N344,635 being salary in lieu of notice, to be paid within 30 days.

Obaseki-Osaghae held that the university’s unilateral review of the claimant’s employment conversion to Senior Lecturer was wrongful. He stated that the action was unsolicited and was designed to make the workplace intolerable for him and force his exit.

The judge maintained that there was no wrongdoing established before the court that necessitated the termination of the claimant’s appointment with immediate effect.

“The words with ‘immediate effect’ have the effect of stigmatization.

“The termination of the claimant’s employment is wrongful and not in accordance with international best practices,” the judge ruled.

Related Topics:Court Orders David Oyedepo’s Varsity To Pay Ex-Employee N10.3m For Wrongfully Sacking Him
Up Next

Who The Hell Is Your Father? – Fani-Kayode Smacks Gov. Wike – [Video]