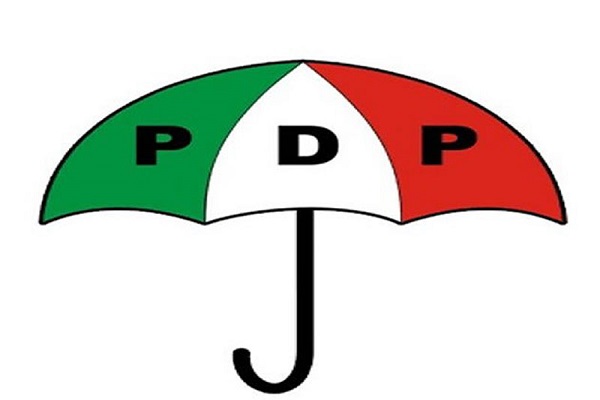 The Peoples Democratic Party (PDP) has instituted a suit before the Federal High Court, Abuja, praying the court to, among others, sack Cross River State Governor Benedict Ayade and his deputy, Ivara Esu, following their defection to the All Progressives Congress (APC).

Listed as defendants in the suit marked FHC/ABJ/CS/975/2021 are the Independent National Electoral Commission (INEC), the APC, Ayade and Esu.

Ayade and Esu were elected on the platform of the PDP, but defected to the APC on May 20, 2021.

In the suit filed for it by a team of lawyers led by Emmanuel Ukala, SAN, the PDP argued that the mandate given by the electorate in Cross River State was to the PDP and Ayade, as the candidate of the party at the election, cannot transfer the mandate to the APC or any other political party.

The PDP wants the court to issue “a judicial declaration giving the PDP an opportunity to nominate a replacement to the seat of the governor and the deputy governor in Cross River State.”

The PDP wants an order directing the first defendant (INEC) “to immediately receive from the plaintiff (PDP) the name of its candidates to replace the third and fourth defendants (Ayade and Esu) for the purpose of utilising the lawful votes cast in favour of the plaintiff or in the alternative directing the 1st defendant to hold a gubernatorial election for Cross River State in accordance with Section 177(c) of the Constitution (excluding the third and fourth defendants, who are disqualified from participating in the election by virtue of Section 192 (1) (b) of the Constitution, arising from abandonment of the majority lawful votes and the offices occasioned by the action of the third and fourth defendants by reason of their becoming members of the second defendant (APC) who did not win majority of the lawful votes cast at the election.”

The PDP wants the court to issue an order of perpetual injunction “restraining the first defendant, its agents, privies, servants and assigns or any person howsoever from recognising and or continuing to recognise the 2nd defendant (APC) as the political party whose members occupy the offices of Governor and Deputy Governor respectively of Cross River State on the strength of the 9th March 2019 election won by the plaintiff.

“Perpetual injunction restraining the 3rd and 4th defendants forthwith from putting themselves out or parading themselves as Governor and Deputy Governor respectively of Cross River State.”

It is also praying for “an order of perpetual injunction restraining forthwith the 2nd defendant, its agents, privies, servants and assigns or any person howsoever from putting themselves out or parading themselves as the political party whose members occupy the offices of Governor and Deputy Governor respectively of Cross River State.”

Governor Ben Ayade, who was elected on the platform of the Peoples Democratic Party twice as governor in 2015 and 2019, had defected to the APC on May 20, 2021 along with his deputy, Prof. Ivara Esu.

On that day, Governor Ayade had publicly declared that Cross River State is “now an APC State”.