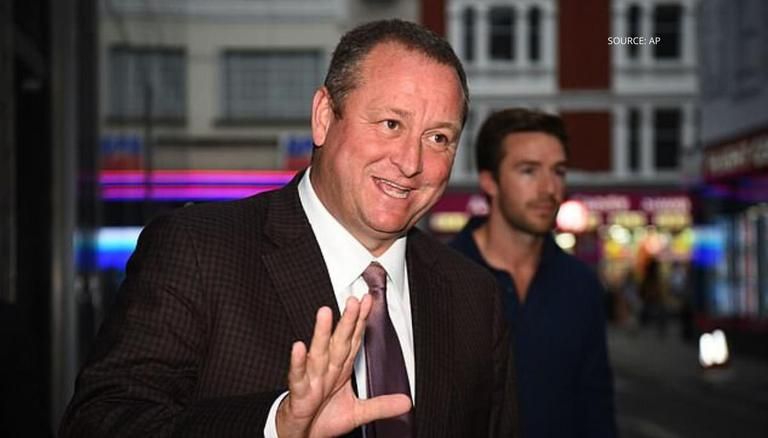 Ahead of the resumption of fixtures in the Championship, it appears that Derby County are receiving some credible enquiries pertaining to new ownership.

Having entered administration, a 12-point deduction sent the Rams spiralling to the bottom of the division, making manager, Wayne Rooney’s job even harder that it originally seemed.

Help could be at hand in the form of former Newcastle United owner, Mike Ashley, however.

According to the Mirror, Ashley has made discreet enquiries regarding the current state of play at Pride Park, and with £305m in his pocket (per the Daily Mail) after selling the Magpies, he almost certainly can afford the asking price.

You only have to look at the scenes of celebration on Tyneside when the Newcastle sale was confirmed to note how pleased the locals were to see the back of Ashley, whose reputation will surely precede him at Derby.

Fans go wild at St James’ Park as Newcastle United takeover confirmed. Mike Ashley has confirmed to have sold the club to a consortium backed by Saudi PiF https://t.co/wr6C11h0mX pic.twitter.com/JIpehm8o8K

The club clearly has to be saved, but at what cost?

Will Derby’s fans give Ashley the benefit of the doubt until he proves otherwise, or has his unremarkable spell in charge at St. James’ Park already conditioned hearts and minds?

At present, it seems that Ashley has made nothing more than tentative enquiries, though if a suitably attractive package can be put together, and one which makes financial sense to the businessman, there are reasons to believe that he’ll be back in football sooner rather than later.

Related Topics:Derby County could be saved if former Newcastle owner Mike Ashley steps up initial interest
Up Next

EPL: Giroud reveals why Arsenal will not finish in top four