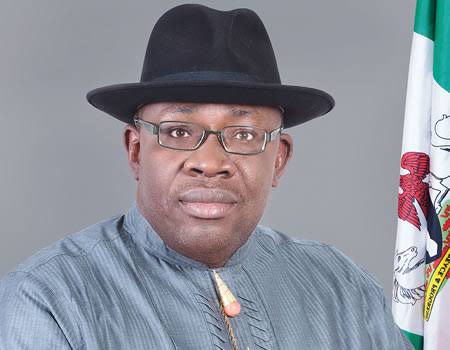 YENAGOA – Senator Seriake Dickson representing Bayelsa West in the Senate has commended President Muhammadu Buhari for approving the renewal of the appointment of Col. Milland Dikio (retd) as interim administrator of the Presidential Amnesty Programme (PAP) for another one year.

Dickson, a member of the Senate Committee on the Niger Delta, also thanked the National Security Adviser (NSA), Major General Babagana Monguno (retd), for the effective supervision of the PAP office and his support for Dikio.

He called on Buhari to ensure the reconstitution of the Niger Delta Development Commission (NDDC) Board without further delay and appoint a tested person of integrity like Dikio to head it.

The former governor of Bayelsa State said that the decision of the President to retain Dikio as the head of the PAP deserved commendation from critical stakeholders and indeed the Niger Delta people.

He said he was happy that the Dikio had been able to work towards the sustenance of peace and stability in the region in spite of the circumstances that heralded his appointment in 2020.

The Senator said that Dikio had used his wealth of experience as a senior military officer, a seasoned administrator and tested crisis manager, to reposition the amnesty office for the expected level of productivity.

He said that Dikio reconnected the ex-agitators and stakeholders with the original focus of the programme and initiated reforms designed to stop wastage in the office, stressing that his reappointment was in the overall interest of the region and the entire country.

Dickson further said that he was not in any doubt that the PAP boss, who commands the cooperation of the ex-agitators and critical stakeholders, would sustain his sterling performance.

He recalled that Dikio took over as the leader of the PAP when the agency was bedeviled by rampant incidents of fraud and wastage but was able to ensure that the programme was repositioned towards achieving the objectives that inspired its establishment.

Dickson said, “I think everybody is aware of Dikio’s efforts at the PAP in spite of the challenges in the office which had become prominent for the wrong reasons at the time. He displayed dedication, courage and capacity by working effectively to ensure the sustenance of peace in the region.

“It is heartwarming that the President recognized these efforts and reappointed him. We can only thank the President for this beautiful move.

“I call on the President to use the opportunity to also constitute the NDDC board so that these agencies can complement one another in their responsibility to develop the region. So far, what we have is a case of a body clapping with one hand. He should get credible persons like Col. Dikio to head the NDDC.”

Related Topics:Dickson Hails Re-Appointment Of Dikio As Presidential Amnesty Boss
Up Next

Bayelsa Youths Protest Against AGIP Over Neglecting Their Community.