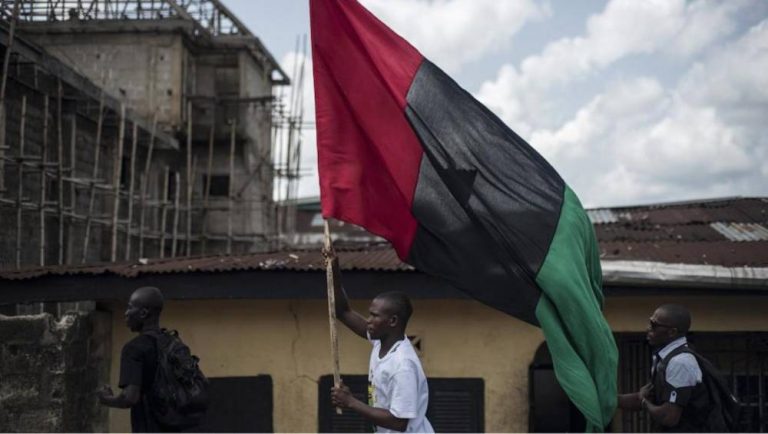 The Indigenous People of Biafra, IPOB, has dismissed reports that it declared a sit-at-home on Monday, Tuesday and Wednesday for the EndSARS anniversary.

In a statement issued on Saturday by its spokesperson, Emma Powerful, IPOB denied releasing any statement declaring a sit-at-home.

According to the group, governors agents pushed such false statement to make the group look bad.

The pro-Biafra movement stated that it did not issue any sit-at-home except on October 21 when its leader, Nnamdi Kanu, is expected to appear in court.

The statement reads: “The attention of the Indigenous People of Biafra (IPOB) ably led by our great and indefatigable leader, Mazi Nnamdi Kanu, has been drawn to the fabricated statement being circulated by mischief makers and paid agents of darkness that IPOB had directed Biafrans to sit-at-home Monday, October 18; Tuesday, October 19; and Thursday, October 21 for our leader, and One year anniversary of #EndSARS protest.

“We want to make it categorically clear that the above purported statement did not emanate from IPOB, and we completely dissociate with such falsehood. IPOB did not issue any sit-at-home except on October 21 when our leader is expected to appear in court.

“We therefore urge members of the public to ignore the purported statement and utter falsehood being peddled by paid agents of government to create confusion and demarket IPOB. Their intention is to portray IPOB as a violent and insensitive movement but we know their antics, and shall beat them to it.”

“For the sake of clarity, IPOB has not called for any sit-at-home except on Thursday, October 21 when our Leader Mazi Nnamdi Kanu will appear in court in Abuja. Biafrans will solidarise with him by staying indoors on that day because we are all in the struggle together. He did nothing to deserve any persecution by the Federal Government.

“We seriously warn all those behind this rumour to retrace their steps and stop tarnishing the good image of IPOB.

“As a responsible and responsive movement, we stopped Monday Sit-at-homes in the interest of our people. When we discovered that hooligans and paid agents of death wanted to hijack the opportunity to unleash mayhem on our people are cleverly blame it on IPOB, we stopped it. So, anybody sitting at home on Mondays does so out of one’s volition and not on the orders of IPOB.

“We also urge the general public to ignore the fake news that our leader Mazi Nnamdi KANU has been taken away by foreign government,” IPOB added.