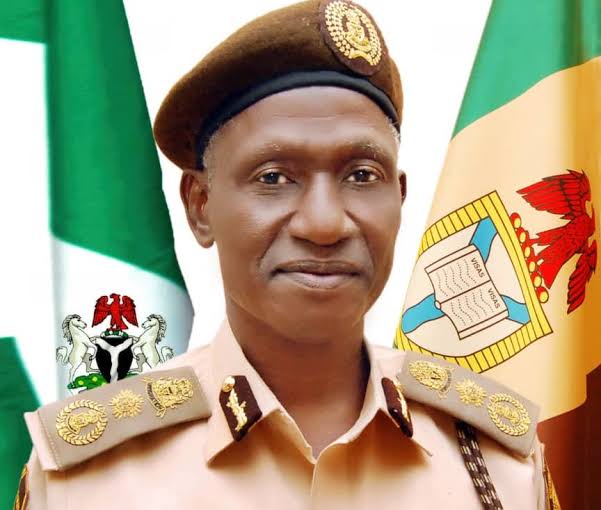 “The reshuffle is just another step towards sanitising in the system,” the CGI said.

The passport control officer at the Ikoyi passport office under the Lagos State Command of the Nigeria Immigration Service (NIS), Ibrahim Liman, a deputy comptroller of immigration, has been removed.

The development is a follow-up to a recent undercover investigation by the NIS acting comptroller general, Isa Idris, who disguised on October 18 as a passport applicant and gained firsthand knowledge of underhand deals by some of his officers.

Mr Liman’s counterparts at the Ikeja and FESTAC Town passport offices of the NIS, N.J Dashe and Adeola Adesokan respectively, have also been removed from their offices.

The new posting is contained in an internal memo exclusively obtained by TrackNews Online and titled, “Senior Staff Posting Order.”

The memo, signed by the deputy comptroller general of NIS in charge of human resources, A.B Yarima, noted that the new posting is with immediate effect.

“I am directed to convey approval for the following posting with immediate effect,” the memo reads in part, listing eight officers concerned.

Other officers affected
Also affected in the new reshuffle include A.I Bambale, who has been moved from zone ‘A’ command to the Nnamdi Azikiwe International Airport in Abuja.

Mr Bambale, a comptroller of immigration service, was replaced by Sunday James, who was moved from the Nnamdi Azikiwe International Airport in Abuja to zone ‘A’ in Lagos.

Mr James is the immediate past spokesperson for the service who was replaced in June by an assistant comptroller of immigration, Amos Okpu.

Meanwhile, the new passport control officer for the Ikoyi passport office of the NIS, Mrs Bewaji, 56, who hails from Ogbomoso in Oyo State, was until the latest appointment, in charge of irregular migration, visa residency of the Economic Community of West African States (ECOWAS) and operated from the Lagos State command office in Alagbon, Lagos.

Mrs Bewaji, a 1988 graduate of Obafemi Awolowo University (OAU), Ile-Ife, who joined the immigration service on September 24, 1991, participated in the 10th command course in Sokoto in 2019 and passed out with distinction.

Promise for continued reform
The acting comptroller general that the service will continue to work towards comprehensive reform, saying the integrity of the service as the image of the country was paramount.

Mr Idris, who expressed regret that despite efforts to bring sanity into the service there are still officers who he described as recalcitrant and unyielding to the efforts.

“But we will not give up. We inherited a service that Nigeria was proud of and our own legacy cannot be different. We must be remembered for the good that we do. So we pledge our commitment to taking the service to the peak of glory,” Mr Idris said.

The acting CGI called on Nigerians to collaborate with the management in sanitising the service, saying without givers there would be no collectors.

“So, the reshuffle is just another step towards sanitising the system,” he added.

On October 18, the acting comptroller general visited the Ikoyi passport office at the Lagos State Command of the Nigeria Immigration Service and pretended to be an applicant for an international passport.

However, the officials he met bargained with him for shady deals for different fees, unknown to them that they were dealing with the comptroller general.

“I was asked where I was from and I said Niger State. They also asked me if I had a letter of indigeneship and other documents and I said I didn’t have anyone. So they said they would collect N3,500 to provide all the documents for me,” the acting comptroller general had told PREMIUM TIMES’ reporter on the phone.

He said the officers caught in the act during his unscheduled visit have been documented and that they would be disciplined accordingly.

“The laws are there, and so they will be made to face the law. There are about three of them but we are very sure that it is an organised crime. They are not alone but further investigations would reveal that,” he said.