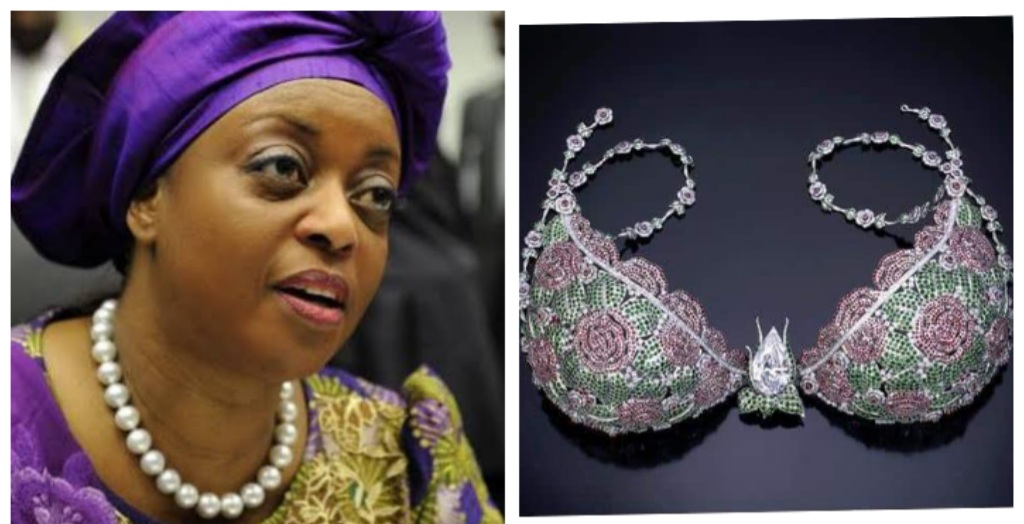 Federal Government of Nigeria has listed Diezani’s jewellery and bras for sale.

Reports had it that Federal Government of Nigeria has begun the process for the valuation of properties belonging to several politically exposed persons, including the embattled former Minister of Petroleum Resources, Diezani Alison-Madueke.

The Federal Government had last week begun the process of screening 613 independent valuers expected to manage the sale of the assets alleged to have been illegally acquired, which have now been permanently forfeited to it in about 25 locations throughout the country.

The total number of properties marked for auction across the country is 1,620, including cars, houses, phones, laptops, vessels and other valuables.

Senator Anyim: How EFCC detained me in Abuja for two days