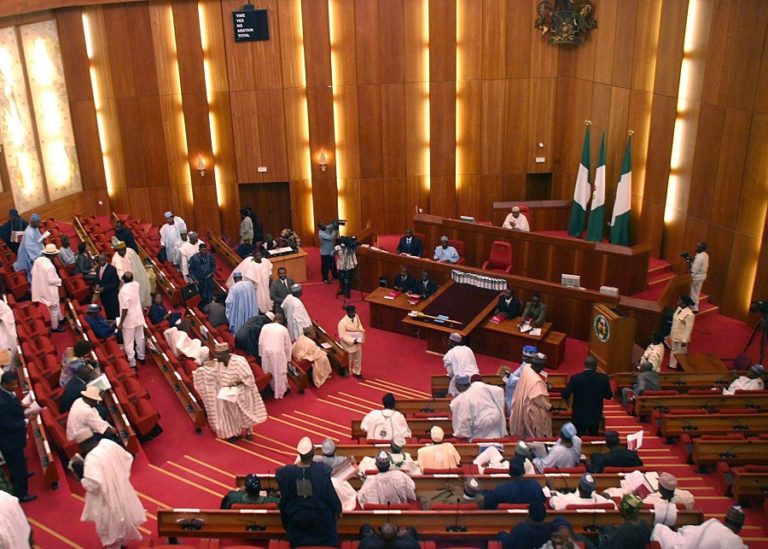 The Socio-Economic Rights and Accountability Project has said that they will fight to stop President Muhammadu Buhari’s indiscriminate borrowing to fund the 2022 budget deficit.

SERAP took to their Twitter account on Thursday, to state that they would not accommodate Buhari’s decision to fund the 2022 budget with borrowed funds.

“We’ll fight to push the administration to stop this indiscriminate borrowing, end corruption and cut the cost of governance,” SERAP tweeted.

Naija News recalls that the Minister of Finance, Budget and National Planning, Zainab Ahmed had said the Federal government would be borrowing to fund the budget deficit of N6.258trillion.

This is coming after the Federal Executive Council (FEC) approved N16.39 trillion for the 2022 Appropriation Bill.

She also went ahead to defend the government’s decision to borrow, saying that infrastructures such as roads, rails, bridges, power and water would be provided for with the borrowed funds.

Ahmed stated that the government could not depend solely on revenues even though there has been an increase in recent times because it would not be enough to cover the operational expenditure of the government including salaries.

The minister also compared the amount Nigeria has borrowed so far to other countries such as Egypt, South Africa, Brazil, Mexico and Angola saying that Nigeria is the lowest with the borrowings at 23% of the GDP as of July 2021.

She said: “Government has been borrowing before this administration and continues to borrow and it is important that we borrow to provide developmental projects in the form of roads, rails, bridges, power, and water for sustainable development in this country,

“If we just depend on the revenues that we get, even though our revenues have increased, the operational expenditure of government, including salaries and other overheads, is barely covered or swallowed up by the revenue.

“Nigeria’s borrowing, has been of great concern and has elicited a lot of discussions. But if you look at the total size of the borrowing, it is still within healthy and sustainable limits.

“As of July 2021, the total borrowing is 23% of GDP. When you compare our borrowing to other countries, we’re the lowest within the region, lowest compared to Egypt, South Africa, Brazil, Mexico, the very lowest, and Angola.

“We do have a problem with revenue. Our revenues have been increasing. We just reported to Council that our revenues from non-oil have performed, as of July, at the rate of 111%, which means outperforming the prorated budget.”

Related Topics:Group Sends Warning To FGSays They Will Fight To Stop Borrowing For 2022 Budget
Up Next

EFCC quizzes Civil Service Director for being in possession of $16m