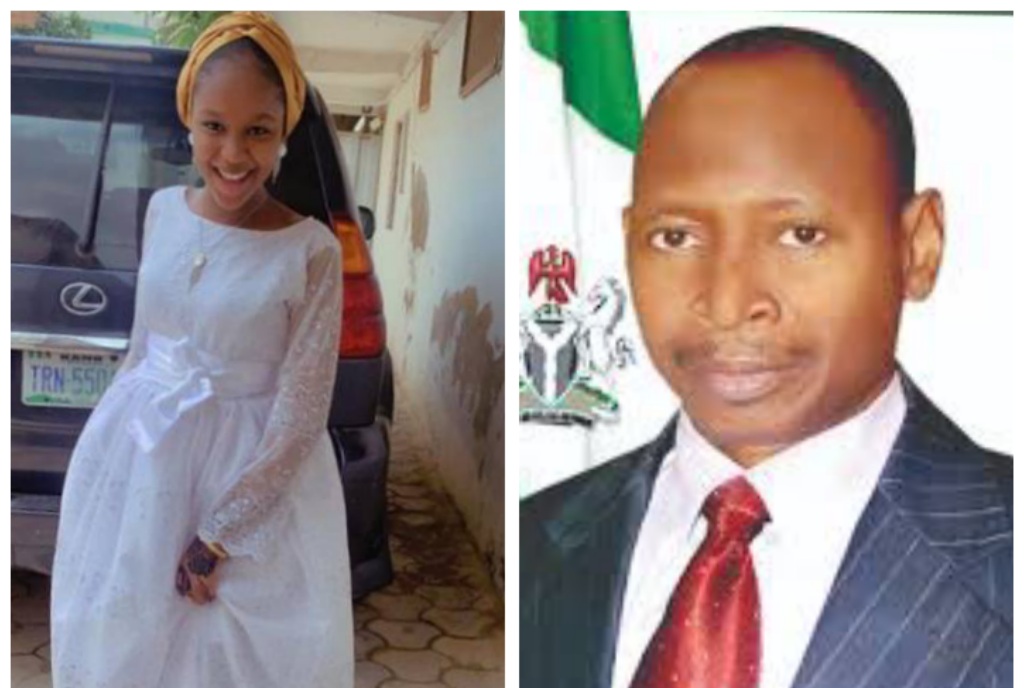 DSS operatives attached to the Accountant-General disallowed video coverage and taking of pictures during the event.

The Accountant-General of the Federation, Ahmed Idris, used operatives of the Department Of State Services to cover up his secret marriage to a 16-year-old Kano girl, identified simply as Husna, SaharaReporters has gathered.

Tracknews Online had earlier reported that Idris forcefully married Husna a few weeks ago after luring her and her family with millions of naira.

Sources at the wedding said DSS operatives attached to the Accountant-General disallowed video coverage and taking of pictures during the event.

“The Accountant-General personally ensured with the help of his security details (DSS) not to video or capture the event. It all started like he just came to greet the family before he later revealed to the family that he wanted the marriage to hold immediately – a request which my father refused,” an uncle of the girl told SaharaReporters.

“He, the Accountant General of the Federation, told one Amina who happens to be a family friend that he needed a young fresh girl that doesn’t know anything in life and that has not started higher education and that was how the Amina introduced him and brought him to my father’s house in Kano. My father is the grandfather to the said girl because her mother is late. She is my elder sister’s only daughter before she passed away.

“Husna’s dad, a Nigerian Customs officer remarried after the death of my sister, Husna’s mum. The girl since she was two years old has been staying with our mother, that’s her grandmother. She stayed there until recent when the Accountant General of the Federation came seeking for her hand in marriage by every means possible.

“He the Accountant General of the Federation went as far as directing her father to look for a house of his choice in Abuja and Kano and that he (Idris) would buy for them.”

Tracknews Online had in a series of detailed investigations exposed how Idris acquired several properties whose value run into many billions of naira since being appointed by President Muhammadu Buhari as the administrative head of the treasury in June 2015.

A visit to Gezawa Commodity Market Limited and Gezawa Integrated Farms Limited owned by Idris lend credence to the allegations made by concerned citizens and some stakeholders on how and where the AGF got the money he used in acquiring the multi-billion naira firms, both in Kano through his direct family members.

The shareholdings of both firms indicate a spread of Idris family members on the official board.

There have also been questions asked about how the AGF bought ‘Sokoto Hotel’ in Kano with N500million.

Tracknews Online gathered that Idris upon acquiring the hotel, ordered its immediate demolition with the intention to build a multi-billion naira shopping mall on the property.

Despite clocking 60 years in 2020, Idris succeeded in pulling different strings in the Presidency to secure an extension of his appointment beyond the legal limit.

Tracknews Online gathered that he engaged the services of highly placed persons including governors, senators and emirs who prevailed on President Buhari to give him the extension.

The action is however against the civil service rules, which states that a career civil servant must disengage from service either after attaining 60 years of age or having worked for 35 years, whichever comes first.

It was also against a recent circular from the office of the Head of Service to all agencies of the Nigerian Government which says, “For avoidance of doubt and in order to maintain discipline and integrity of the extant public service rule which prescribed 60 years of age or 35 years of service for mandatory retirement, should strictly be complied with.

“Accordingly, the following guidelines shall apply. (I) that career officers who take up tenured appointment should at the point of taking up the appointment retire from service to ensure they run their term uninterrupted.

“(II) that career officers who have not retired from service before the commencement of their tenured appointment must leave office on attainment of mandatory age/years of service for retirement and (iii) that career officers who are currently holding tenured appointment are required to retire from service with immediate effect and continue to run their term. Failure to do so would mean that they would vacate office on attaining the mandatory age or at the expiration of their term whichever comes first.”

Related Topics:How Accountant GeneralIdrisUsed Lawless Department Of State Services To Cover Up Marriage To 16-year-old Kano Girl
Up Next

TuFace accused me of sleeping with his wife Annie, assaulted me: Brymo