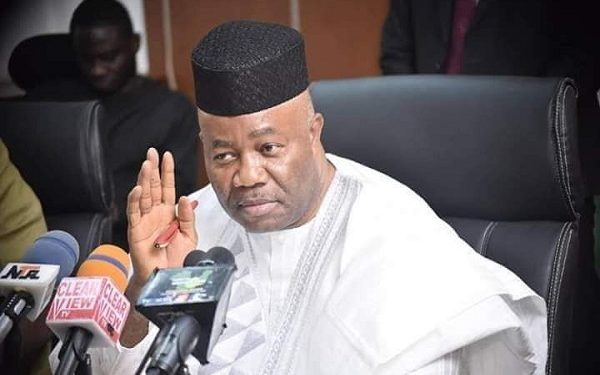 The Honourable Minister for Niger Delta Affairs, Senator Godswill Akpabio, on Thursday, told the Nigerian Senate that he does not know how workers were being recruited into the ministry.

Addressing the Senate Committee on Niger Delta during the Ministry’s 2022 budget defence exercise, Akpabio also could not recant the nominal roll of the entirety of staff working under his Ministry.

The Minister, who was the Senate Minority Leader in the 8th Senate and a two-term Governor of Akwa Ibom State, was reacting to why the wage bill of the Ministry skyrocketed from N1.4 billion in 2021 to N1.6 billion in the 2022 appropriation proposal.

He said, “I see new staff everyday. I don’t know how they are recruited. The Federal Civil Service Commission send them to us.

“I have had to question this before. They keep sending us new staff. We are not part of the recruitment exercise. The Civil Service Commission is the body responsible for that”.

He added that, the Ministry also had some staff promotions within the year and movements from other ministries were also captured.

Chairman of the Committee, Senator Peter Nwaoboshi, consequently mandated the Ministry and Commission to forward the nominal roll of the Niger Delta Ministry, which captures details of both junior and senior staff, with their remunerations.

Senator Mohammed Hassan Gussau (Zamfara Central), a member of the Committee, had queried the abnormal increase in the overheads of the ministry’s budget, demanding to know if new staff were recruited within the year under review.

The ministry’s total budget estimates for the year 2022 is N28.1billion against N24.3billion for the 2021 fiscal year.