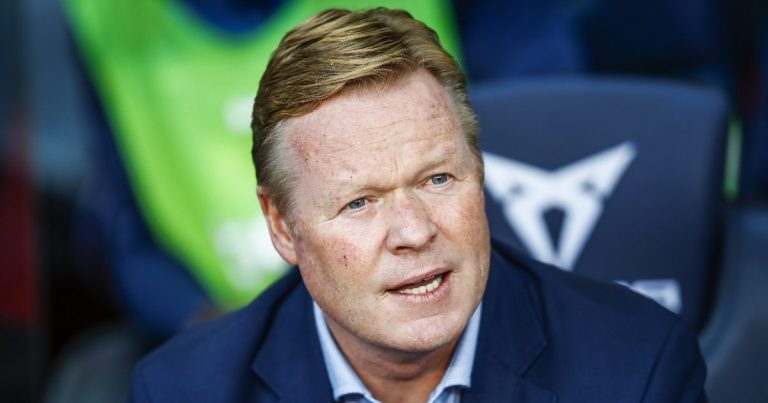 Former Everton and Holland manager Ronald Koeman has been sacked by Barcelona after their latest defeat left them cut adrift from the top of La Liga.

The 58-year-old was already under pressure after his side lost to Real Madrid at the weekend. On Wednesday night, they were beaten 1-0 by Rayo Vallecano.

The statement from the club read: “FC Barcelona has relieved Ronald Koeman of his duties as first-team coach.”

Koeman, who was only appointed in August of last year, will get the chance to say goodbye to the squad on Thursday.

The statement continued: “The president of the club, Joan Laporta, informed him of the decision after the defeat against Rayo Vallecano. Ronald Koeman will say goodbye to the squad on Thursday at the Ciutat Esportiva.

“FC Barcelona wishes to thank him for his service to the club and wishes him all the best in his professional career.”

Related Topics:Koeman sacked by Barcelona after 14 months in charge
Up Next