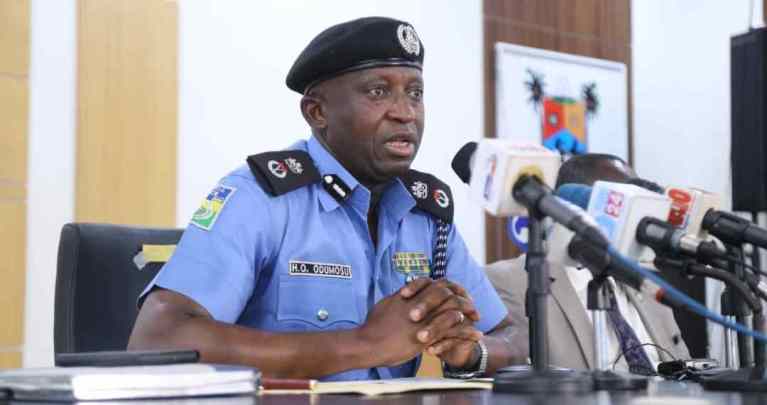 Hakeem Odumosu, the Lagos Commissioner of Police, issued a warning on Monday against any planned protests in the state.

The State Police Command’s Spokesperson, Adekunle Ajisebutu, said in a statement that the command had received information of a planned demonstration to commemorate the one-year anniversary of the #EndSARS protest.

Following the experience of the previous #EndSARS protest, Ajisebutu warned that the police would not hesitate to use all legal measures to prevent the protest from taking place.

“Credible intelligence at the command’s disposal has uncovered clandestine plans by some adolescents, persons, or groups to stage a demonstration today to commemorate the one-year anniversary of #EndSARS,” he stated.

“Lagosians, and indeed Nigerians, cannot afford to repeat the repugnant experience of last year’s protest, which resulted in agony, misery, needless deaths, and willful destruction of public and private property.

“In light of the turbulence in the country’s current position and the potential for peace and order to be disrupted by the planned protest, the Lagos State Police Command firmly warns against any type of protest today.”

“The command desires to use this means to issue an urgent warning to any youngsters, groups, or associations considering such a protest to abandon the notion immediately.”

“The state’s police will not fold their arms and allow certain misguided people to disrupt the state’s current calm and tranquillity.

“To avoid a breakdown of law and order, the police will use all legal methods available to them under the law to put down the planned protest.”

Parents and guardians should also warn their children not to participate in the scheduled demonstration, according to Ajisebutu.

Individuals or organisations financing such a protest have also been warned to stop their unpatriotic plans or face the full force of the law, he said.

“The Commissioner of Police, CP Hakeem Odumosu, guarantees all law-abiding inhabitants of the state that they would not be harassed or intimidated in the course of their legal business.

“Adequate and additional security measures have been implemented to ensure their lives and property are protected today and in the future,” he added.