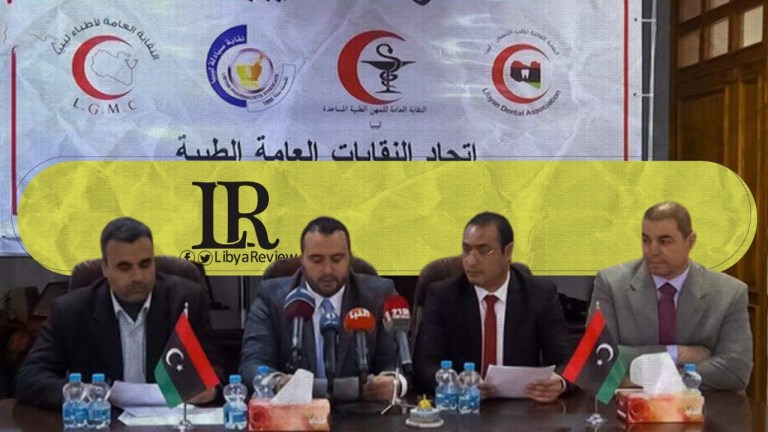 The Head of the General Syndicate of Libyan Doctors, Mohamed Al-Ghouj, threatened the Government of National Unity (GNU) with resorting to a comprehensive strike because their demands were ignored.

In press statements, Al-Ghouj said that “we are still trying to communicate with the government officials, but it has not responded. We are surprised that it has clearly ignored our demands.”

Al-Ghouj pointed out that ignoring their demands will force them to resort to the option of a comprehensive strike. He confirmed that the syndicate will hold a meeting at the end of this week to agree on a date for the strike. He stressed that the general strike this time if implemented, will be 24 hours.

Last week, the General Syndicate of Libyan Doctors confirmed that it is planning to announce a general strike in all health facilities if the government did not answer the demands of the members of the union to increase the salaries of medical workers.

In a post on its official Facebook page, the union stated that the decision to strike would be taken unanimously, following consultations with the general medical, auxiliary and administrative unions.

The union added that the decision of the general strike will be an extension of similar decisions of partial strikes. These took place in the previous period, after the request of the GNU to include the salary increase in the proposed budget to the House of Representatives (HoR).

Related Topics:Libyan Doctors Threaten to Resume Strike as Government Ignores Demands
Up Next