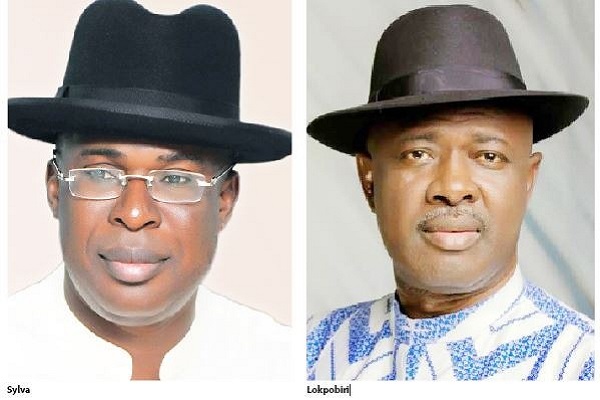 The internal crisis rocking the Bayelsa State chapter of the All Progressives Congress (APC), is far from being resolved.

A faction of the party loyal to former Minister of Agriculture and Rural Development, Senator Heineken Lokpobiri, has rejected the outcome of last Saturday’s Congress that produced Dennis Otiotio, a lawyer as Chairman.

The faction called on the Appeal Committee of the APC to cancel the outcome of the exercise in the state.

But the Minister of State for Petroleum Resources and Leader of the party in Bayelsa state, Chief Timipre Sylva, accepted the outcome of the exercise.

He congratulated the newly-elected state executive members led by Dennis Otiotio, describing the result as a reflection of the oneness and orderliness of the APC in the state.

Sylva, while commending the Amos Jothan-led caretaker committee, whose tenure just elapsed, charged the new exco to continue on the strong solidarity APC had enjoyed in the state for years.

He stated: “We must continue this chain of election victories and we must continue to assert ourselves as the dominant party that we are, but most importantly, it is our sacred duty to serve Bayelsans and Nigerians well.”

Sylva also commended the runners-up in the elections and thanked them for their sportsmanship and love for the party as well as party men and women who voted and aided the process.

However, another loyal member of Lokpobiri’s faction, Sunday Frank-Oputu, in a petition dated 18th October 2021, called on the party leadership to cancel the state congress purportedly conducted on the 16th of October and conduct a more credible, free and fair one.

Frank-Oputu, in his petition to the Caretaker/Extraordinary Convention Planning Committee, described the Congress election by Sylva’s faction as devoid of foundation as a result of the subsisting order of the State High Court restraining the party from conducting it.

The stalwart, who is also an aspirant for State Chairman, said the faction loyal to Sylva displayed open disrespect for court orders issued against the conduct of the ward and local government congresses.

He said: “Since the ward and local government congresses in Bayelsa were purportedly conducted on void footing, there is, therefore, no delegate anywhere in APC Bayelsa State to anticipate the conduct of the failed state congress of 16th October 2021.

“The Congress ought not to have taken place at all and therefore a nullity as same was an infraction of the subsisting injunctive order of the court.”

Related Topics:Lokpobiri faction kicks as Sylva accepts outcome of Bayelsa congress
Up Next

2023: ‘Ganduje Is An Ingrate’ – Kwankwaso Speaks On Working With Shekarau