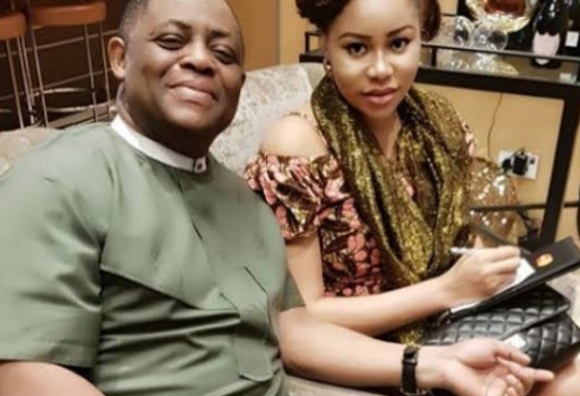 A former Aviation Minister, Chief Femi Fani Kayode has told a Federal high court sitting in Abuja that his estranged wife, Precious Chikwendu, was in the habit of sleeping around and had, on few occasions, lied and attempted to lure young men including his “men staff” into sex.

The former minister released the ‘dynamite’ in a counter-affidavit he deposed to at the high court to oppose the fundamental rights enforcement suit filed by Precious.

The estranged wife had claimed in her affidavit to court that Fani-Kayode threatened her life and had to leave the house.

But Fani Kayode who denied the allegation stated it was Precious that walked away from the house and refused to return, despite all entreaties for her to come and see her children.

“She is the person who consistently threatens to kill me and the children, even when she is not provoked, Fani-Kayode said, adding “The applicant (Precious) puts my life at risk and that of the children, anytime she realized I had discovered her un-repented sexual escapades, either at attempts of such on my men staff, or the actual acts in which she was caught pants down with a man or men” Kayode averred.

“A related incident occurred sometime in December 2019, when the applicant was caught in the act of adultery with one Naval Officer (Lt. CDR Idenyi) in a hotel located at NAF Valley Estate, Asokoro- Abuja;

“This discovery was made because I ensure adequate security watch over my family, for reasons connected to my political involvements; and the fact that my security guards were apprehensive that the Applicant was constantly visiting dark and blacklisted places, which were not good for her safety.

“This adultery incidence was reported to the Police and the Naval officer confessed to it; that she misled him, claiming she was a single woman.

“The matter was recommended for prosecution, but I pleaded with the Police to step it down, in order to avoid further embarrassments.

“A certified true copy of the Police Report is shown to me and marked Exhibit J” Fani Kayode deposed in his counter affidavit.

According to FFK, “it was immediately after this incidence that the Applicant became more hostile, aggressive and threatened to kill her kids”.

Meanwhile, the suit which was slated for hearing today before Justice Inyang Ekwo, could not hold due to absence of the judge.

The matter has been adjourned till November 29 for hearing.