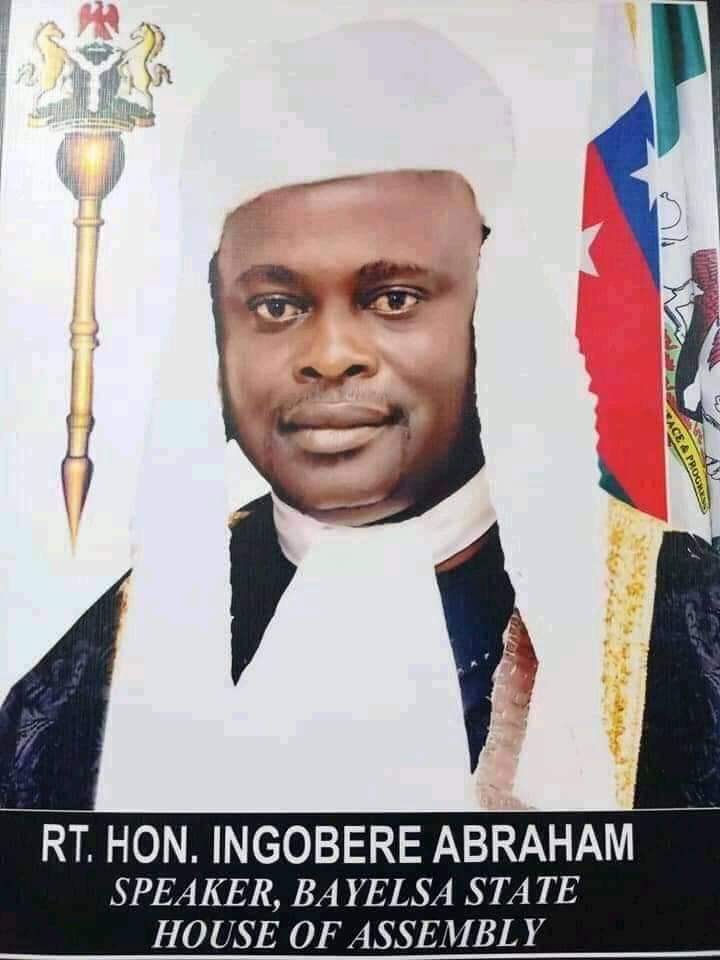 As Nigerians commemorate the sixty-first (61) Independence Anniversary of the nation, the Speaker of Bayelsa State House of Assembly, Rt. Hon. Abraham Ingobere has called on leaders of thought to come together and make Nigeria great again through deliberate efforts in addressing the issues threatening the unity of the nation.

In this year’s national independence day felicitation message, Rt. Honourable Ingobere on behalf of the leadership and members of Bayelsa State House of Assembly, observed that in recent times, the Nigerian nation has been faced with diverse crises ranging from; terrorism, insecurity, banditry, kidnapping, insurgency, dwindling economy and agitations from various parts in the country, he emphasized the need for a concerted efforts in tackling these challenges and wished Nigerians happy independence celebrations.

The number one lawmaker hailed the prosperity government led by Executive Governor; His Excellency, Senator Douye Diri, past leaders and Bayelsans for the level of development being witnessed over the years, adding that the last two years have given us ray of hope that better years are ahead.

Mr. Speaker particularly commended the governor for the construction of the senatorial roads, Nembe unity bridge, Media House, constituency projects and the very fruitful relationship between the executive and other arms of government.

Rt. Honourable Abraham Ingobere used the medium to applaud Governor Douye Diri’s efforts for extending olive branch to other political parties’ faithful(s), and with a disposition of reconciling Bayelsans or citizens/corporate entities who are in dissident matters as appropriately.

While congratulating Bayelsans for the twenty five (25) years anniversary on the creation of the state, Mr. Ingobere assured the people of continued collaboration with stakeholders in ensuring better legislations to strengthen institutions in order to usher in more dividends of democracy.