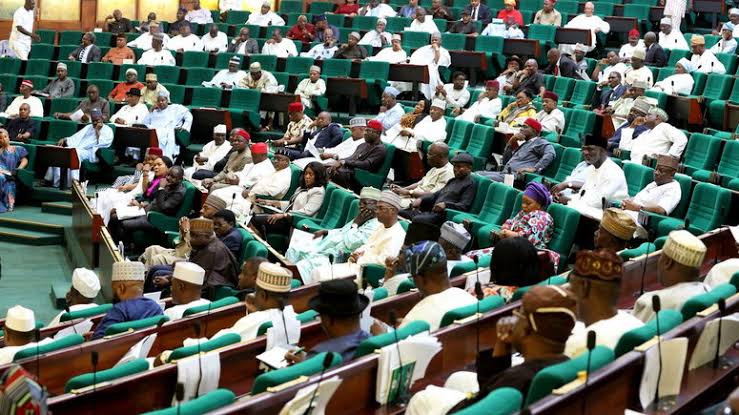 The House resolved to investigate NNPC over the award of contracts for the refurbishment of Refineries in Nigeria.

The resolution was passed sequel to the adoption of a motion sponsored by Hon. Henry Nwawuba, who solicited for the House intervention with a view to ensure due process.

While observing that the corporation is adding value to the nation’s hydrocarbon resources in the drive for socio-economic growth of the country, he underscored the need to ensure that the contracts awarded by the NNPC must comply with Local content laws which mandate foreign companies to show a robust and viable local content plan to promote and safeguard the development and growth of Nigerian companies.
“The House also notes that by the participation of Nigerian contractors in such opportunities, the capacity of such local companies is strengthened especially in terms of capacity development and creating employment opportunities with a positive multiplier effect on the economy.

“The House is further aware that in the contract award for Ajaokuta-Kaduna-Kano (AKK) pipeline which is a 614km long natural gas pipeline being developed by the NNPC, Local Content laws were fully adhered to as BRENTEX and Oil served as the Nigerian local content counterparts with duly signed Memoranda of Understanding (MOU).
“The House is concerned that NNPC allegedly awarded the contract for the refurbishment of Warri and Kaduna refineries to SAIPEM and Tecnimont respectively without the submission of their local content plan for the contract’s execution and sustainable maintenance.

“The House is also concerned that the NNPC, which is known for appreciable commitment to the rule of law, respect for individuals and local contractors would begin to manifest such indistinct tendencies of economic sabotage, particularly at the highest level of her management by ironically disregarding the Nigerian government’s efforts to ensure local content development.
“The House is further concerned that after refurbishing the refineries, the running maintenance contracts will be handled by SAIPEM and Tecnimont, which means that all the money spent by NNPC in that regard will be transferred abroad, thus leading to capital flight.

“The House is worried that the glaring deliberate abuse of the Nigerian Content Development Act by the NNPC and the contract awarded to foreign companies have caused untold economic hardship to indigenous contractors who employ Nigerian citizens.
“The House is cognizant that if urgent action is not taken to call NNPC to order, the situation may degenerate to both legal and civil actions capable of undermining the relative peace currently subsisting between the corporation and Nigerian contractors,” he noted.

To this end, the House mandated its Committee on Nigerian Content Development and Monitoring to investigate the matter and report back within two weeks for further legislative action.

Related Topics:Kaduna refineriesNNPC: Reps probe contract for refurbishment of Warri
Up Next

EFCC quizzes Civil Service Director for being in possession of $16m