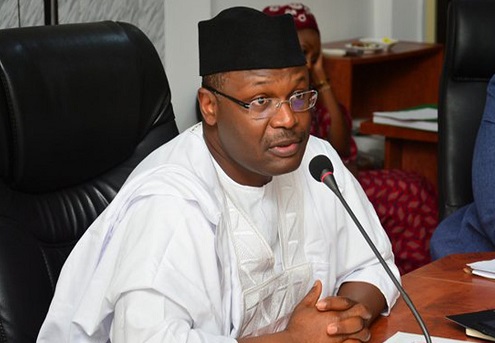 The November 6 Anambra governorship election will proceed as scheduled despite the deteriorating security situation in the State, the Independent National Electoral Commission (INEC) has vowed.

According to the Commission, available intelligence revealed that the intention of those attacking its offices and other public institutions in the State is to ensure that the governorship election does not hold.

INEC Chairman, Professor Mahmood Yakubu, stated this at the emergency meeting of the Inter-Agency Consultative Committee on Election Security (ICCES).

He noted that the importance of election security in a governorship election has never been this urgent.

Yakubu however warmed that should INEC again lose vital materials and facilities, the ongoing preparations for the election will be adversely affected.

According to him: “From the reports we have received, the stated goal of many of the attackers is that the Governorship election scheduled for 6th November 2021 must not hold.

“This is worrisome for the Commission. We are deeply concerned that specific electoral facilities and materials could once more become targets of attack. Recall that in May this year, our State Office at Awka was attacked and all the non-sensitive materials assembled for the election at the time were destroyed. In addition, our store, collation centre and the main office building were either totally or substantially damaged. The Commission also lost several vehicles to be used for the election.

“Happily, we have almost fully recovered from that attack. The destroyed buildings have either been completely repaired or are nearing completion and we have fully replaced the materials destroyed.

“This rapid recovery has only been possible because this is an off-season election. We have sourced some of these materials such as the 326 electric generators and vehicles destroyed in the attack from neighbouring States.

“However, should we again lose vital materials and facilities, the ongoing preparations will be adversely affected”.

“The register of voters will be presented to political parties in Awka on Thursday 7th October 2021. On the same day, the Commission will publish the final list of candidates for the election.

“We are confident that at the end of this meeting, we will firm up on specific measures necessary to further guarantee the safety of all persons involved in the election from the voters, election officials, observers, media organisations and the security of election materials”.

Related Topics:No going back on Anambra guber election – INEC
Up Next