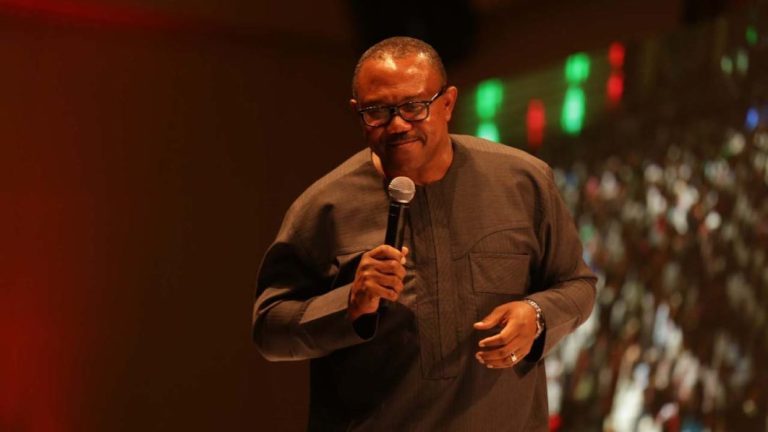 Tracknews Online learned that Obi was summoned by the EFCC following his indictment in an offshore scandal exposed through the global Pandora Papers investigation.

It was learned that President Muhammadu Buhari has requested relevant law agencies, including the EFCC, Nigerian Financial Intelligence Unit, and the Code of Conduct Bureau to investigate all those exposed in the Pandora Papers series.

According to Premium Times, Obi was invited in a letter addressed to him during the week and he has been asked to report at the agency’s headquarters in Abuja on October 27 for an investigation.

A source at the anti-graft agency said the Pandora Papers revelations only served as a lead for investigators and that “a number of issues” are now being investigated regarding Obi and his offshore dealings.

He added that “all persons reported with links to the Pandora Papers” will also be invited by the EFCC and will be investigated.

The source said the invitation and investigation is an ongoing gradual process that will take time.

According to the Pandora Papers, Obi was indicted in a number of dealings which comprises money laundering and the establishment of companies with fronts in order to avoid detection by Nigerian authorities.

According to the papers: “Indeed, he has a number of secret business dealings and relationships that he has for years kept to his chest. These are businesses he clandestinely set up and operated overseas, including in notorious tax and secrecy havens in ways that breached Nigerian laws.

“The former governor admitted that he did not declare these companies and the funds and properties they hold in his asset declaration filings with the Code of Conduct Bureau, the Nigerian government agency that deals with the issues of corruption, conflict of interest, and abuse of office by public servants.

“He said he was unaware that the law expected him to declare assets or companies he jointly owns with his family members or anyone else.”

In another report, the former governor, however, denied the corruption allegations levelled against him by the Pandora Papers.

Obi, in a statement he personally signed and released on October 7, denied breaching any Nigerian law by engaging in secret businesses set up in tax havens.

He said nowhere in the article was he accused of any form of corruption, whether in the form of diversion of public funds or in any other manner during and after his stewardship as the governor of Anambra State.

Obi added that the publication did not state that he had been engaged in unlawful business ventures at any time whatsoever.

The former governor said that the allegation bordered more on tax avoidance and non-declaration of some jointly owned assets.

He, however, wondered if thorough scrutiny and appreciation of all the facts and circumstances surrounding the alleged transactions were made by the writers.

Anambra Election: We Have No Business With INEC – IPOB