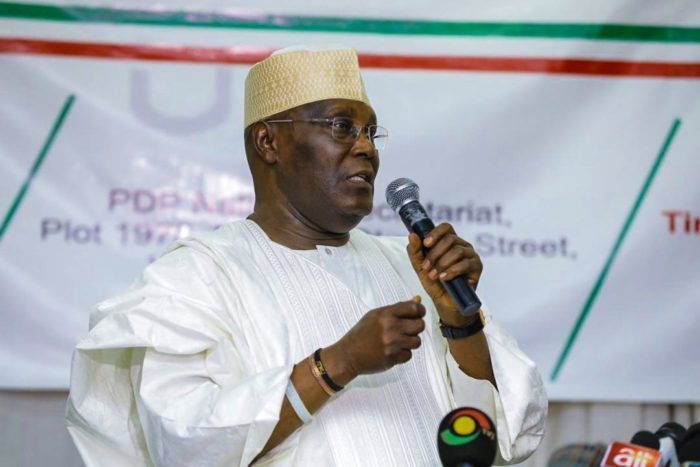 While political parties are desperately preparing ahead and for the 2023 presidential elections, the Peoples Democratic Party are still in the puzzle of electing a National Chairman for the party.

Tracknews Online reports that the High Court of Rivers State in August 2021, stopped Prince Uche Secondus from parading himself as National Chairman or member of the Peoples Democratic Party (PDP).

After listening to the submission of the applicants, the judge granted the interim injunction restraining Secondus from parading himself as the National Chairman of the PDP.

Subsequently, Secondus was reinstated to his position by Justice Nusirat of the Kebbi State High Court. Justice Umar who is on vacation at the Kebbi High Court gave the order in Birnin Kebbi while ruling in suit no: KB/AC/M. 170/2021.

The presiding judge noted that she is satisfied after going through the affidavit of the respondents that an interim order is granted on the purported suspension of Secondus pending judgment.

Secondus reinstatement was short-lived as another court affirmed his suspension.

PDP, in dire need of a new leadership, have continued to debate which candidate and from which zone is fit for the coveted position.

A reportedly reliable member of the party revealed this to The Punch in a recent interview.

Notable leaders of the party including the PDP-Governors Forum and the Board of Trustees, are said to have endorsed Mark for the position, except the two-party chieftains.

Tracknews Online learnt that Atiku and Saraki both prefer a candidate from the North West.

Speaking with reporters on Sunday in Abuja, the party source who pleaded to remain anonymous, said “Politics is about interests either personal or collective.

“It is public knowledge that both Atiku and Saraki, have Presidential ambitions. A David Mark emerging as National Chairman is likely to alter their calculations.

“For Atiku, Mark is seen as too strong-willed and will be uncompromising. For Saraki, a Mark coming from the same north-central zone may not work in his favour because it will mean the remaining two zones, the North East and the North West will be the only ones in contention for the Presidential ticket.

“They had both worked hard to make the Governor Ifeanyi Ugwuayi-led zoning committee to throw open the chairmanship position in their recommendations, but it didn’t quite work out.

“What Mark has going for him is apart from his personal attributes have led the Senate without any major rancour for eight straight years, he has remained with the party since inception,” the source reportedly noted.

Meanwhile, the Governor of Benue State, Samuel Ortom, is said to be soliciting support for another Benue son, former Senate President, Iyorchia Ayu, to emerge as the National leader of the party.

However, when contacted on the national leader selection puzzle, Atiku’s Media Adviser, Mazi Paul Ibe, said, “Everybody knows the Waziri Adamawa is a committed democrat and will, as always, respect the sanctity of the ballot.

“The position was zoned to the north and no individual can determine who becomes chairman, it will require a consensus among party members from the zone.

“The former Vice President as an experienced democrat remains committed ensuring that the party gets the best person to lead the party to victory.”

Speaking on behalf of Ortom, his Chief Press Secretary, Nathaniel Ikyur, said, “His Excellency, the Governor of Benue State, is a team player, he is working with his colleague governors and other party stakeholders to ensure that the best man for the job gets it.

“He, like all loyal party members wants a national chairman who can lead the party to victory. If Benue State gets the privilege to provide this leadership, our party and Nigeria will be the better for it.”

Several attempts were made to get a response from Saraki on the development but all were futile as even his Media Adviser, Yusuf Olaniyonu could not respond to his calls as at the time this report was obtained.

God gives power to anyone he chooses: Tinubu

Tinubu: What I Said About His 2023 Presidential Ambition – Shina Peller