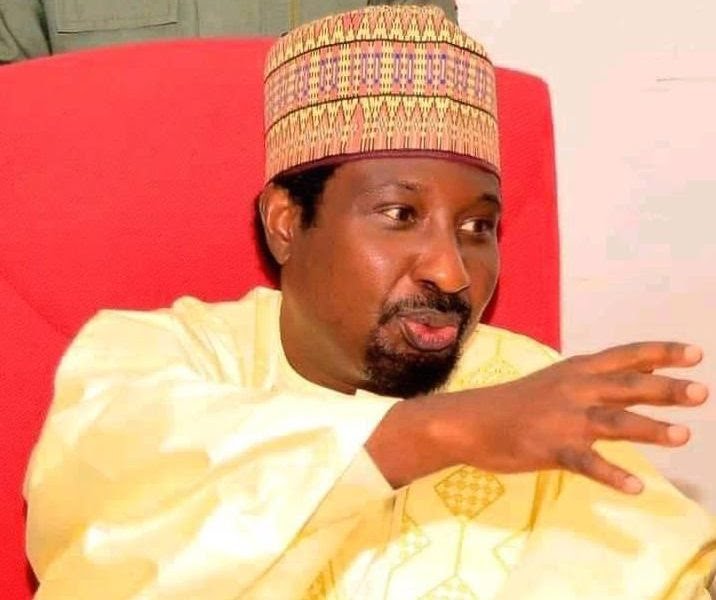 The Senator is also accused of using companies registered in the names of his children and cronies for the execution many constituency projects, without regard to due process.

These allegations are contained in a petition submitted to the Economic and Financial Crimes Commission, EFCC, by the Northern Youth Council of Nigeria, NYCN.

According to the petition, Mr Jibrin, who is the Chairman Senate Committee on Appropriation, is the de-facto owner of Sinti Nigeria Limited (RC 398938), and children are on the board of directors of the company.
The group added that the Senator is also the sole proprietor of Engr. Jibril Power Electrical Engineering (BN 2431830).

“The Directors of SINTI NIGERIA LIMITED who happened to be the children of the senator are also owners of Talgo Luxury Estate Investment Nig Ltd (RC1312306), owned by Khalil Jibrin; Zajib Multi-Purpose Business Stores (BN2637321), Owned by Zainab Jibrin,” the petitioner claimed.
While giving details of some of the contracts undertaken by these “fraudulent companies”, the group also claimed that the contract for the completion of 13 Study Centers in Kano North Senatorial District, captured in the 2020 budget with Code ERGP22582428 at the cost of N430,000,000 under the Ministry of Education was carried out by the Senator’s company.

Mr Jibrin was the chairman, Senate Committee on Tertiary Education, during the 8th Senate.
“We can confirm that the contract was awarded to SINITI NIGERIA LIMITED due to the Senator’s influence. The project has since been abandoned. Yet the money for the project has been paid by the Federal Government. The Senator has since diverted the money to his personal use to the detriment of the good people of Kano North Senatorial District,” the petition said.

The petition further alleged that Mr Jibrin had padded the budget of the Secretary to the Government of the Federation “to illegally include the sum of N40,000,000 with Budget Code No ERGP86582461 for the purpose of conducting medical outreach in Kano North Senatorial District”.

“The funds were released at the height of COVID-19 pandemic, particularly during the nationwide lockdown and when medical personnel were overstretched and unable to embark on medical outreach. The money has since been diverted by the Senator with his cronies,” the group added.
“The Senator also benefited directly from the contract for the repairs and rehabilitation of Getso Dam Kano North Senatorial district, captured in the 2020 budget as ERGP 22583468 under the Ministry of Water Resources.
“The third trench payment made was the sum of N16,000,000 (Sixteen Million Naira). The dam is still in its state of dilapidation. There is no repair or rehabilitation on the dam.

“We are also deeply concerned that the Senator and his children are presently in possession of abundance of wealth that surpasses the legitimate income of the Senator.
“We believe the commission is well equipped and skilled to trace the wealth and return it to the coffers of the Government where it belongs,” it said.

The petition also alleged that the Senator had received kickbacks through his children and their fictitious companies, saying that the Talgo Luxury Estate Investment Nig Ltd has a registered address in Niger State whereas Zajib Multi-Purpose Business Stores has a registered address in Kogi state.
“They do not run any serious businesses that warrant the millions they are keeping in their various bank accounts,” the group added.

Efforts by TrackNews Online correspondent to get the Senator’s reactions to the allegations proved abortive as his mobile telephone lines were not reachable up to the time of filing this report.
The senator did not also reply to a text message seeking his response on the matter.