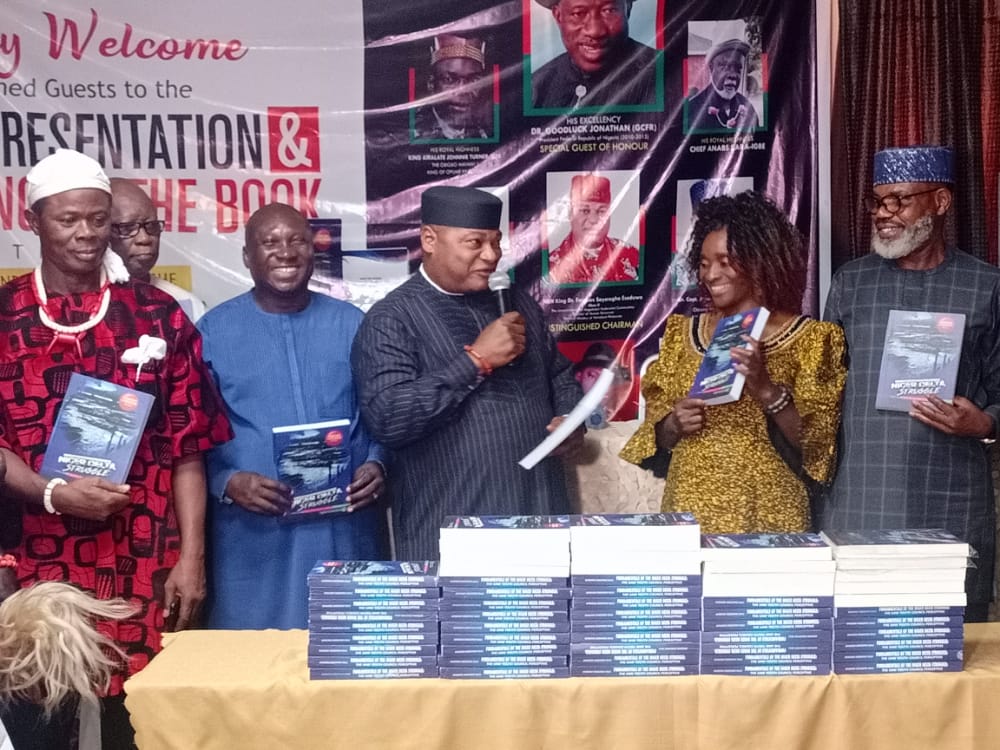 Elders of the Ijaw ethnic nationality have warned against attempts to distort the history of the Ijaw struggle in the Nigerian nation especially as it relates to resource control and negotiating more fortunes for the Niger Delta, saying they will continue to chronicle events of the past for future generations of Ijaw people.

He said; “The public presentation of this book was slated for Yenagoa in Bayelsa state but we decided to bring it to Abuja to ensure that the event was not disrupted by persons who are bent on concealing the truth about the Niger Delta struggle, especially as it relates to the role played by some Ijaw sons.

“Some people never wanted the book published because it has unravelled some truths. Some other person’s didn’t want people to know what transpired in the past and they opposed its public presentation.

“However, we won’t rest in documenting history. After this, I shall be coming up with my own book and even relate it to the biblical account of how we left Egypt, migrated through some places and got to the present day Nigeria”.

Author of the book, Comrade Ikuli, a South African trained nonviolence agitator, expressed optimism that the book would provoke other sons and daughters of the ljaw nation to put together other literature on a wide range of issues “in order to bridge the existing gap of dependence largely on books that were written by non-Ijaws since no one can tell our stories better than we do”.

“For instance, it is time to pull off the inferiority ‘minority’ garb that was forcefully worn us. I say this because Ijaws are not minorities in any way, despite the deliberate balkanization of our great people into different political segments and compartments called states.

“It is very illogical to continue to see or call ljaw people ‘minority’. I say the above because the ljaw nation was not designated the fourth largest ethnic group by verbal pronouncement of the Sir Henry Willink Commission of 1958, rather, members of the said Commission went round the country and conducted a census which showed that the ljaw nation is the fourth largest ethnic group in Nigeria”.

Chairman of the occasion,
King Famous Sayeregha Eseduwo Akou II, the Amananaowei of Angalabiri Federated Communities said the book was controversial only because it touched on issues that some people would rather want glossed over.

“This is a very controversial book, but it is so because truth is bitter and any book that is bringing up the truth must face a lot of obstacles because there are people who don’t want the truth to be told”, he stated.

The 452-page book is a chronological account of Nigeria, the Niger Delta struggle and the evolution of Ijaw Youth Council.

Related Topics:Resource Control: We won't allow our history to be distorted - Ijaw Elders
Up Next