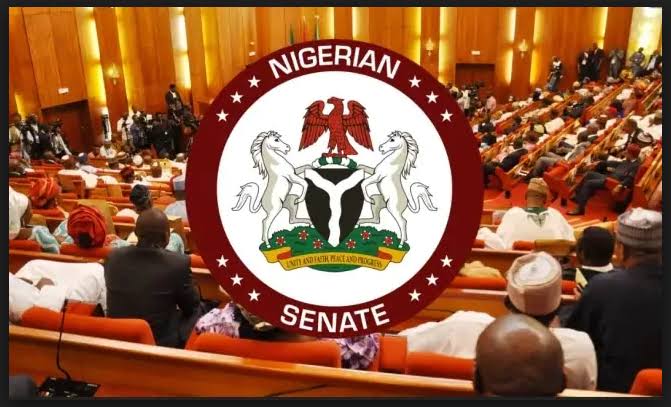 The Water Minister could not give explanation to the previous loans approved for water projects in the country.

The Senate Committee on Local and Foreign Debt has rejected a $700 million loan request by President Muhammadu Buhari for Sustainable Urban and Rural Water Supply, Sanitation and Hygiene (SURWASH) under the Federal Ministry of Water Resources.

The Permanent Secretary of the Ministry of Water Resources, Mrs. Esther Didi Walson-Jack who was unable to give an explanation to the previous loans approved for water projects told the Committee that SURWASH will last for five years.

The Permanent Secretary said the proposal was negotiated with World Bank in April 2021 and was approved at the Federal Executive Council (FEC) meeting on August 11, 2021.

She listed the seven states to benefit from the $700 million World Bank loan to include Delta, Ekiti, Gombe, Imo, Kaduna, Katsina, and Plateau with counterpart funding of $175 million.

The programme will deliver improved water sanitation and hygiene services to 2,000 schools and health care facilities and assist 500 Communities to achieve an end to open defecation-free status,” She stated.

During the plenary on Wednesday, the Committee members took turns to fault the SURWASH loan and they requested an update of loans collected so far for the Water Projects in the Ministry.

The Chairman of the Committee, Senator Clifford Ordia stated three different loans have been approved for various water projects.

“You need to tell us what you are doing with $700 million for water projects.”

The Committee, therefore, agreed to invite the Minister of Water Resources, Adamu Suleiman, to appear before it to give an explanation on the loans and state of loans collected so far.

Speaking in the same vein, Senator Obinna Ogba said he is against granting approval for the loan because some loans had been collected for water projects in the past and yet to see result.

He said: “This particular loan, I don’t support this one again, enough is enough”.

Also opposing the loan, Senator Ibrahim Oloriegbe requested the criteria for selecting benefiting states, adding that details provided by the Permanent Secretary of the Ministry were not enough to justify the loan.

The Senator said, “What is the criteria for selecting benefiting states, the details you are providing is not enough, what are the projects you want to do with $640 million and how many water are you going to do?

“You are giving each state $3 million to develop personnel capacity. do we need loan to do this function, you mean all states can’t do that on their own?”.

On his part, Senator Sani Musa, advice the Committee to look at all the loan requests and pick the one that is necessary.

Senator Brima Enagi also protested against the request for a $700 million loan for Sustainable Urban and Rural Water Supply, Sanitation and Hygiene (SURWASH) demanding for the state of Gurara project from the Ministry.

The development comes barely 24 hours after the Ministry of Health appeared before the Committee to seek approval for $200m for the procurement of mosquito nets and Malaria medicines.

Meanwhile, President Buhari Buhari had recently received $400 million loan from World Bank for the purchase and deployment of COVID-19 vaccines in Nigeria.