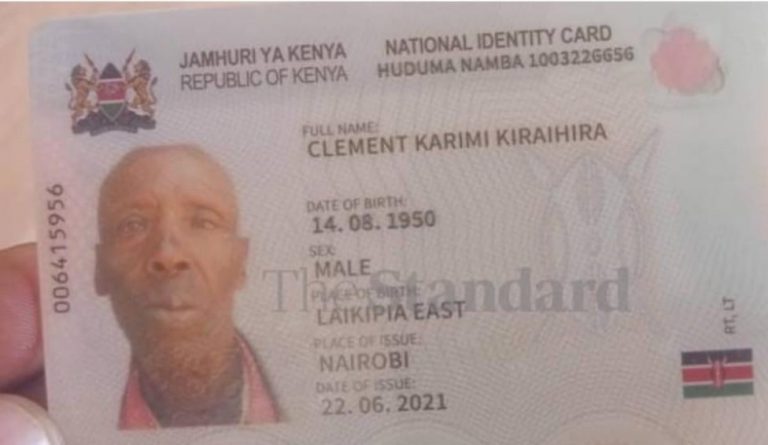 The family of a man identified as Clement Kariuki Kiraihira in Kenya have failed to bury him two years after his death because he neglected them when he was alive and squandered wealth.

According to The Standard, the family of Kiraihira have abandoned his remains at the Consolata Mathari Hospital mortuary in Nyeri, claiming they have disowned his body just like he abandoned them.

The six siblings disclosed that the deceased sold his entire inherited land and spent the proceeds with a woman whom they only knew was from Meru.

One of his sisters, 53-year-old Beatrice Ngima said, “Our father had directed that he (Karimi) should not get an inch of the remaining land. He had sold his land and misused the money,”

She further stated that their father warned their brother not to sell his share of land to non-relatives, but he disobeyed his instructions.

The siblings concluded that their brother does not deserve a decent burial and they are not ready to spend their hard-earned money for his burial.

Ngima on her part said despite calls by the hospital and local administrators for them to bury him, they believe the Government will bury him because he is a government child.

Another siblings identified as Ann Wahito, also disclosed that their brother detached himself from their lives and was living large with total disregard of them.

“I am a widow and cannot afford to bury him. The government should take up the matter and bury him,” she said.

The siblings despite the increase in the mortuary bill have refused to obey the orders of the government and hospital to bury him.

The family noted that Karimi sold his share of land he got in the Lusoi settlement in the 1970s and thereafter was known for visiting entertainment spots in Nyeri and nearby counties.

He also had a woman from Meru with whom they enjoyed the money.

They noted that even though blood is thicker than water, everyone reaps whatever they sow.

Related Topics:Siblings Fail To Bury Thier Brother For Abandoning Them While Alive
Up Next