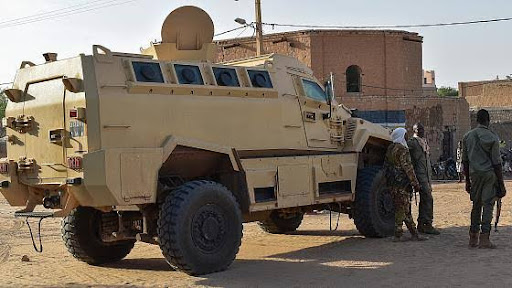 Sixteen soldiers were killed and 10 wounded in an attack in central Mali on Wednesday, security and health officials in the war-torn Sahel state said.

In a statement, Mali’s army said the troops had been the target of a “complex IED attack” — referring to an improvised explosive device — and then came under heavy gunfire shortly before 11:30 am.

The army blamed the attack on suspected jihadists, and said that after pursuit, 15 of the assailants were killed and 20 motorcycles seized.

According to the army, the provisional toll on its side was nine soldiers killed and 11 wounded. It also said three of its vehicles were destroyed. However, a health official working in central Mali said the death toll had risen to 16, with the bodies in the local morgue.

Related Topics:Sixteen soldiers killed in central Mali attack
Up Next