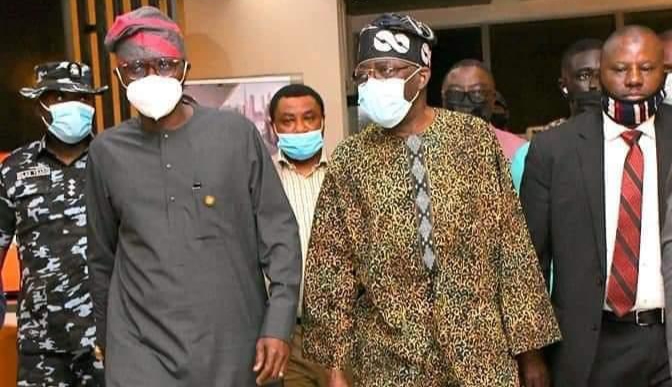 The social media space on Saturday was abuzz with reactions to the return of All Progressives Congress (APC) chieftain, Bola Ahmed Tinubu, from his medical trip on Friday night.

The former Lagos State governor had left the country for the United Kingdom in July where he spent the last three months recuperating from a knee surgery.

Nigerians have expressed mixed reactions to news of his return, especially as the APC stalwart is rumoured to be eyeing the party’s presidential ticket for 2023 election.

Though Tinubu is yet to personally declare his intentions for the presidential seat in 2023, recent developments have given credence to the fact he is gunning for it.

In a video that surfaced on social media last week, a Nigerian politician was heard calling the APC leader “Mr President”; a title Tinubu did not decline.

Also, the South-West Agenda 2023 (SWAGA ’23), a group rooting for Tinubu as the APC presidential candidate in 2023, recently alleged that Tinubu already had 12 million votes in the bag ahead of the 2023 presidential election.

These indicators sparked the following reactions below: 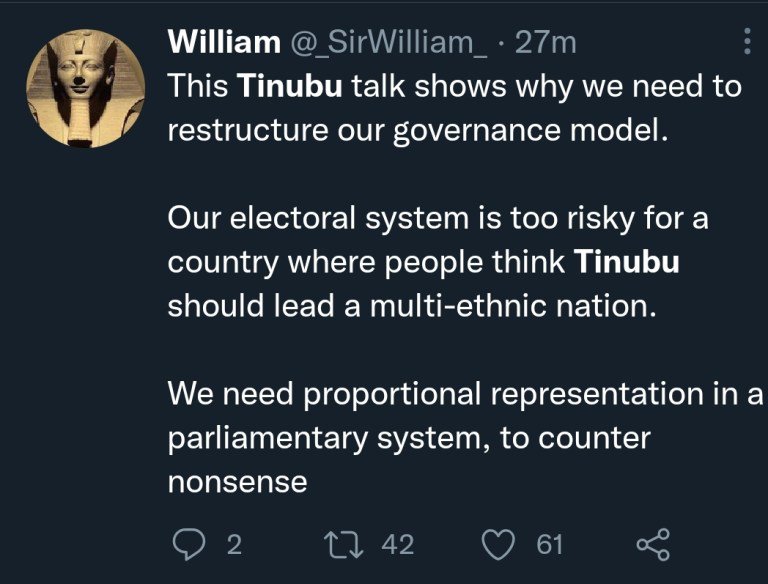 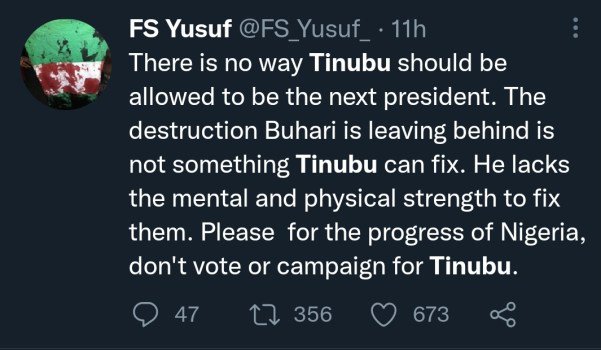 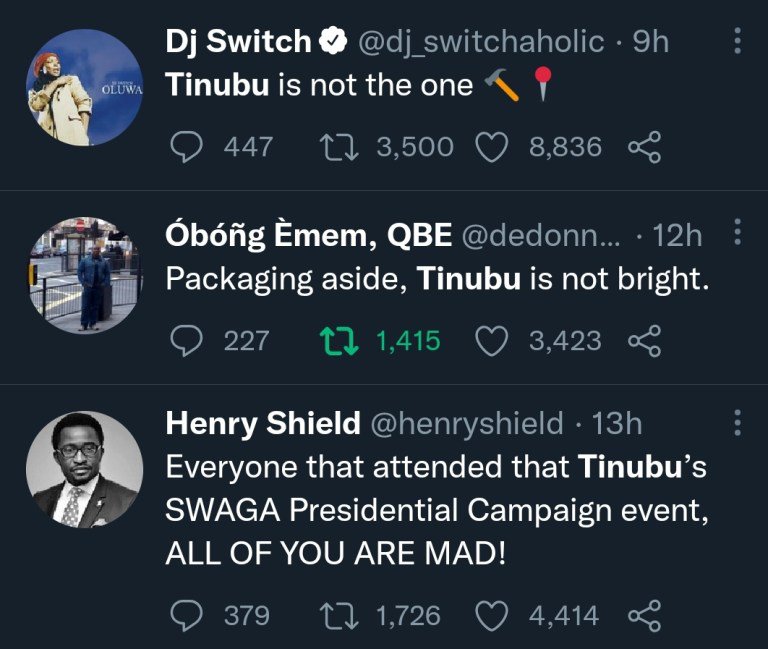 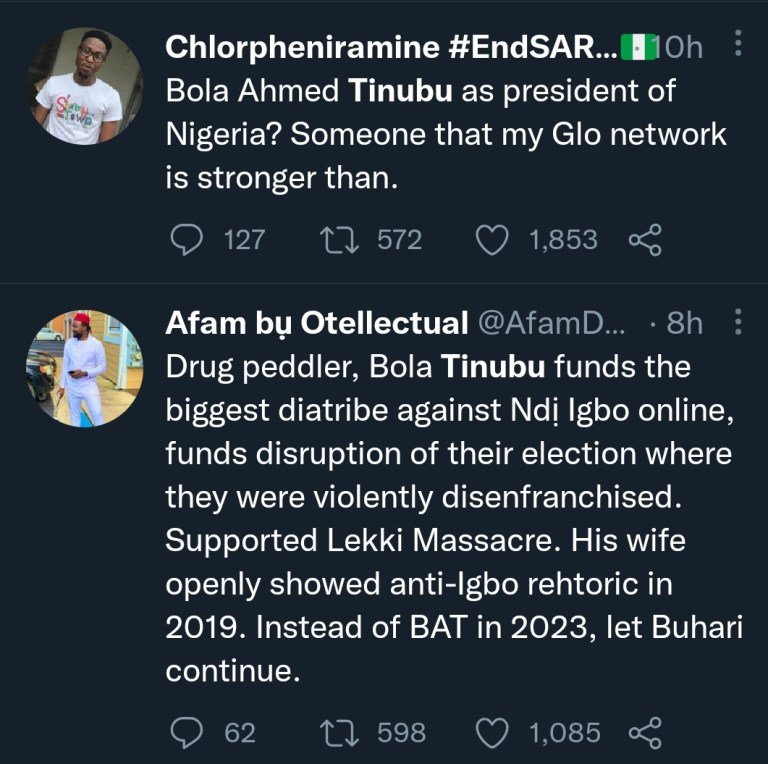 Related Topics:he’s not bright’ – Nigerians reject Tinubu’s presidential bidSocialMediaTrends: ‘Packaging aside
Up Next