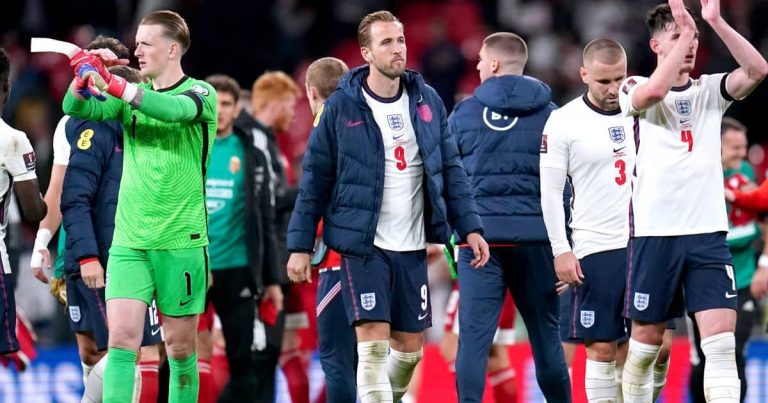 Gareth Southgate was at a loss to explain England’s poor performance as the Three Lions were held to a 1-1 draw by Hungary at Wembley.

England remain on course for World Cup qualification despite stumbling to a disappointing draw on a night when Hungary were once again let down by some of their fans.

Southgate’s undefeated side are on track to win Group I with only next month’s matches against Albania and minnows San Marino remaining on the road to Qatar.

But an exciting-looking England side struggled against Hungary. John Stones cancelled out Roland Sallai’s penalty in a tepid 1-1 draw under the Wembley arch.

This qualifier will be remembered more for what happened off the pitch than on it, just a month on from racist abuse marring the two sides’ meeting in Budapest.

On a night when a banner was displayed in the away section opposing players taking the knee, the Metropolitan Police confirmed a spectator was arrested for a racially aggravated public order offence for comments directed at a steward.

The police clashed with Hungarian fans and appeared to be pushed back into the concourse early in the first half, with the Football Association pledging to investigate the incident and report it to FIFA.

But speaking about his side’s performance after the game, Southgate told ITV Sport: “Disappointing. performance. Full credit to Hungary, they caused us a tactical problem and we were not fluid. We did not play at the level we need to play, simple as that. Difficult to pin-point and we will look at the balance of the team. We made simple mistakes with the ball.

“We have to go away and reflect and should not judge things on one game and that experiment. From the start, we were not sharp with our play, gave the ball away, were over-running things. For the first time in a long time we have to hold our hands up today. 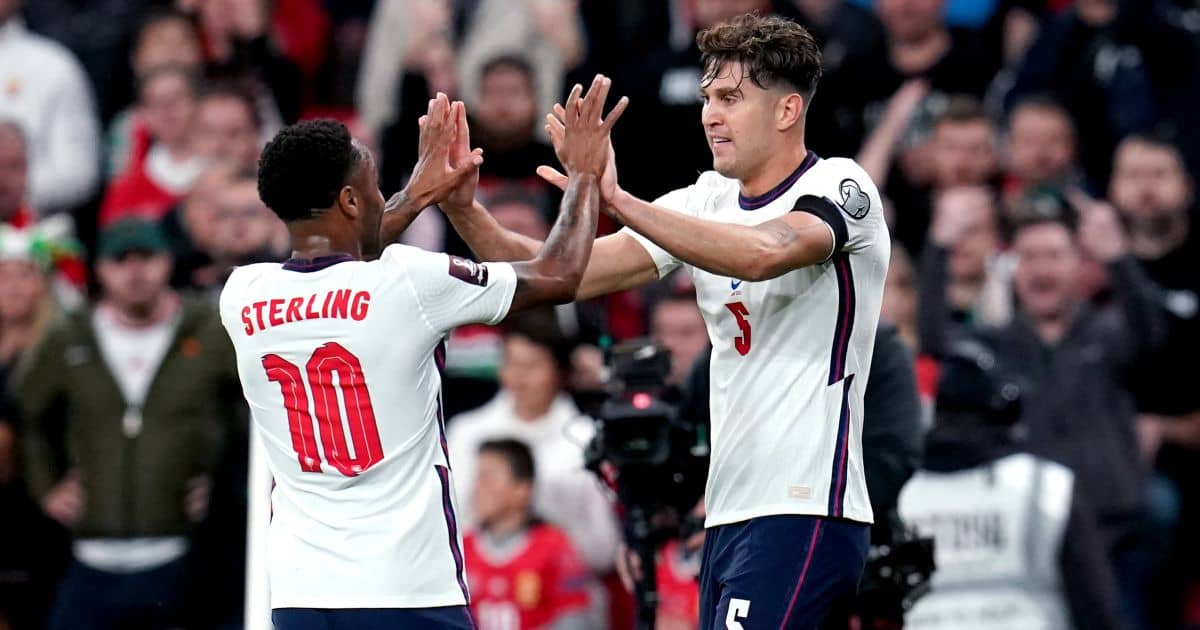 “I don’t think we should look at individuals, collectively we did not play at the level we need to.”

Declan Rice, when asked why England weren’t quite at the races, added: “You can say it is poor because we drew the game but we dominated. Silly penalty to give away but we got back into the game and could not get that killer touch.

“You have to give credit to the opposition sometimes, Hungary were much better than when we played them away. I still think we did enough to win the game.”

On playing alongside Mason Mount and Phil Foden: “That is the first time we have played together as a three. We know what the manager asks of us and we have to put that into practice on the pitch.”

On the penalty: “When you put your foot up that high it could be. But the way he went down was a bit pathetic.”

Related Topics:Southgate admits England have to ‘hold their hands up’ after blaming the collective for dismal display
Up Next