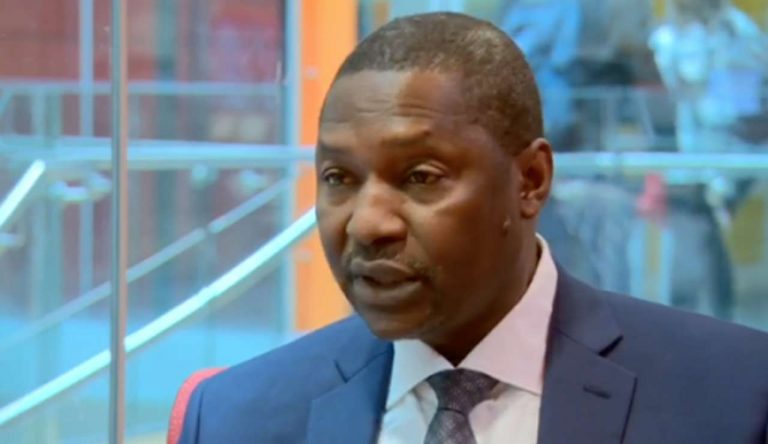 The Federal Ministry of Justice under the leadership of the Attorney-General of the Federation, Abubakar Malami, has allegedly attained bankruptcy in its 2021 budget and is unable to pay the salaries of its staff.

Some workers in the Federal Ministry have informed Saharareportrers of their predicament, insisting that they have not been paid for the last one month.

They said that meeting their day-to-day needs was now increasingly difficult and they were now wallowing in debt.

A female worker said: “The Ministry of Justice was unable to pay us last month’s salary because the ministry has exhausted its budget according to the office of the Accountant General of the Federation. The Accountant-General had written to call the ministry’s attention to it before, but out of Malami and others’ negligence, they didn’t take it serious, because they refused to act on it.

“Hence, they couldn’t pay our salaries.”

Another worker revealed that they were losing the vigor and zeal to carry out their tasks in their various department as a result of the owed salaries.

He said: “The personnel cost of the ministry is exhausted. The top officials have lavished the money and have run down the ministry with wasteful spending. We have not got last month’s salary.”

According to the report, Malami, since coming into power, has amongst other things allegedly bought a house of N150 million in the Gwarimpa area of Abuja, a new house worth N600million on Ahmadu Bello Way, Nasarawa GRA, Kano and N3billion multipurpose event centre in Kebbi state named Azbir Arena for his son in Kebbi.

Related Topics:Staff Cry Out As Abubakar Malami Leads Federal Ministry Of Justice To ‘Bankruptcy’
Up Next