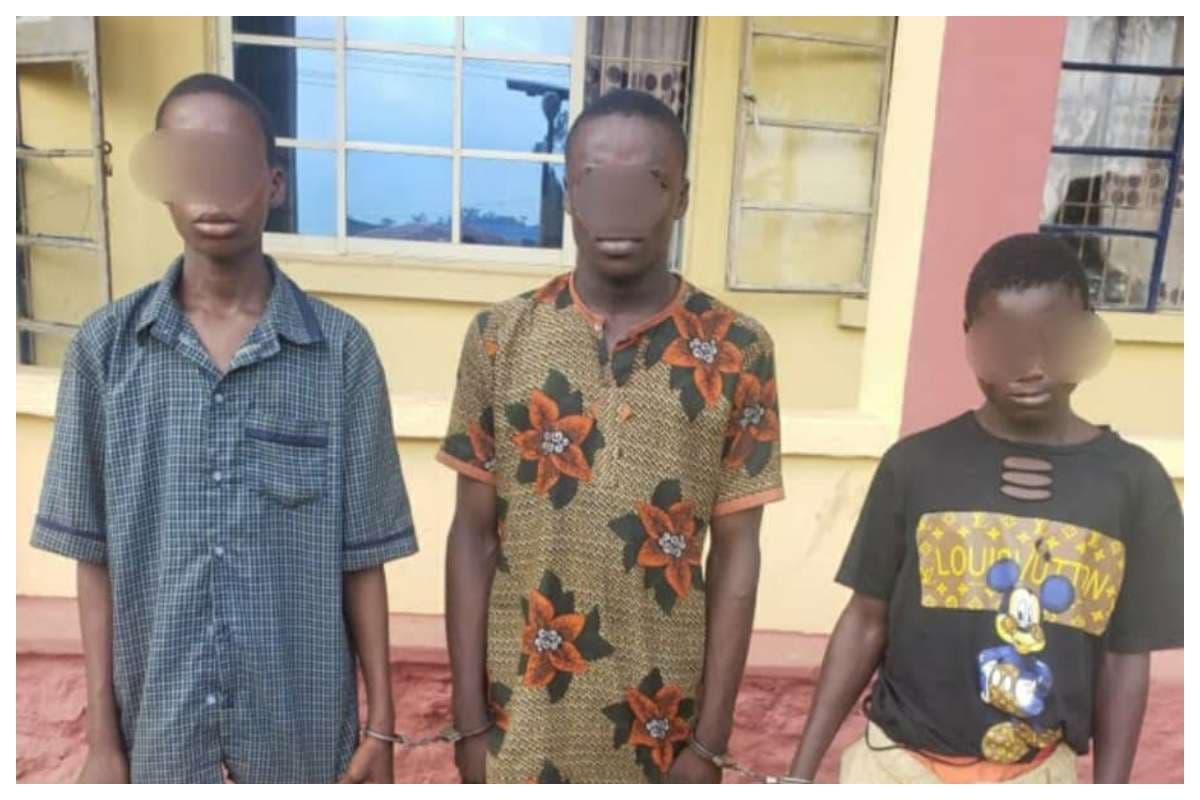 The 18-year-old Samson Odunayo, has said he decided to go into robbery because he needed money for data subscription, so as to delve into internet fraud.

He is one of the teenagers arrested for allegedly killing a motorcyclist in Ogun state.

The suspects (Sodiq Awokoya,18, Samson Odunayo,18, and Jimoh Rilwan, 17,) were arrested on the 8th of October at tollgate area of Ogere where they had gone to sell the deceased motorcycle.

Further investigation revealed that Samson Odunayo was the person who called the deceased to take him to somewhere in Iperu, unknown to the okada man that he had already informed Sodiq Awokoya to wait in a bush along Ona Eri area of Iperu with cutlass and other dangerous weapons.

On getting to the point, Samson Odunayo ordered the deceased to stop because he has gotten to his destination.

While the deceased was waiting to collect his money, Sodiq Awokoya came out with a cutlass and hacked him down.

While wriggling in pain, Samson Awokoya moved near him and squeezed his neck until he gave up the ghost. They searched his pocket and found the sum of #5,500 which they also took away.

Speaking with newsmen, Odunayo, who also said he was an internet fraudster, said he committed the crime because he was in urgent need of money to buy data for subscription.

“It was Sodiq that lured me into the criminal activities. It was our second operation before we were arrested. The first operation we carried out, we didn’t kill our victim, we only collected N3,500 from him. I accepted to embark on the operation in order to get money for data and subscribe to the internet to do ‘yahoo yahoo’. I have not killed anyone before.” he said.

Related Topics:Teenager Robber Arrested For Killing Motorcyclist Reveals Why He Did It
Up Next

Update: 20-year-old Man Arrested For Stabbing His Cousin To Death In Rivers