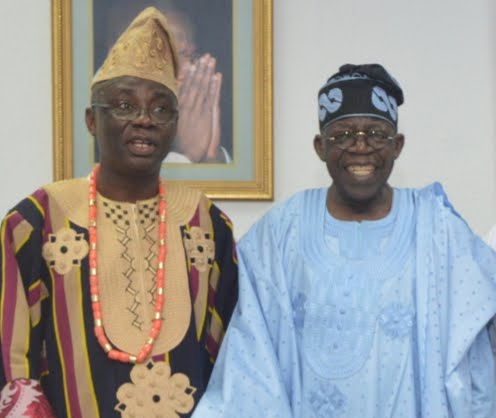 The senior pastor of Citadel Global Community Church, Tunde Bakare, has accused the National leader of the All Progressives Congress, Bola Tinubu, of using funds looted from Alpha Beta to secure elections of some South-West governors.

Bakare in an interview with This Day revealed how Tinubu allegedly used funds from Alpha Beta and other resources to install governor Kayode Fayemi of Ekiti and former governors Ibikunle Amosun and Rauf Aregbesola, including the late governor Abiola Ajimobi of Oyo state.

He said, “You see, there are some things that Tinubu has done. How he fought PDP from capturing the whole of Southwest is remarkable.

“And how he used whatever resources he was getting, either from Alpha Beta or any other source, to secure Ogun, Oyo, Ekiti, Osun and even Edo. Remarkable,” he said.

The cleric said the former Governor of Lagos was unable to capture Ondo State because of his intervention as a man of God. “He didn’t get Ondo during Mimiko because I said if he came second in Ondo, then God has not called me and we walked the talk.

“We supported Mimiko in every way we could. I was there because I felt this widespread cancer was growing and a time is coming when he’ll become the only force to reckon with.

Bakare further stated that his opposition to the APC leader in Ondo was because he feels “We must have an alternative platform in the southwest.”

The cleric who had condemned Tinubu in the past and vowed that he would repay every fund looted, in another instance lauded him.

He admitted to have “said everything that anybody could say about Tinubu,” explaining that leaders who also criticize the politician have also benefited from him.

“I began to see that the leaders who are making derogatory remarks about him, I’ve seen them also getting some support from him and not returning them.