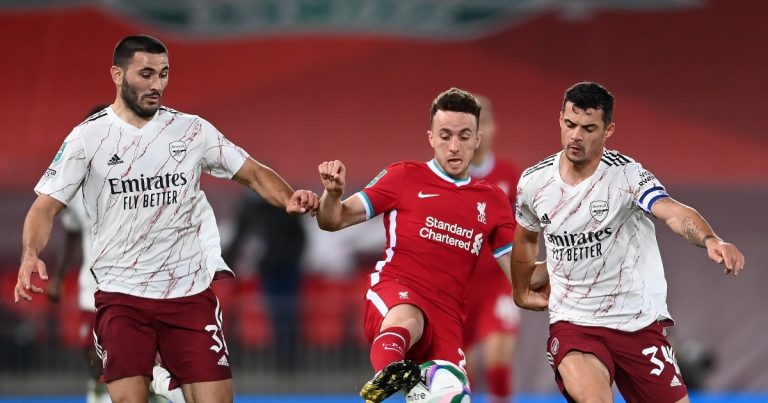 Turkish giants Fenerbahce are ‘insistent’ over the signing of an Arsenal player, according to reports.

A number of Mikel Arteta’s stars are being linked with transfers ahead of January. French striker Alexandre Lacazette could be on the move as his contract expires in June.

The winter window represents Arsenal’s last chance to get any transfer fee for the 30-year-old. Egypt midfielder Mohamed Elneny could also leave the Emirates. He was close to securing a switch to Galatasaray in September but his wages demands scuppered the transfer.

A recent report from The Sun claimed that he could finally move on next year. Sead Kolasinac is another player who wants to leave in search of game time.

The Bosnian spent last season on loan at Schalke after falling down the pecking order. Since returning he has featured just once in the Premier League. That appearance came in the 5-0 defeat to Man City, which explains why he has been kept on the sidelines in the league ever since.

Turkish outlet Yeni Asir (via Sport Witness) now provide a report on Kolasinac. They claim that Fenerbahce boss Vitor Pereira is a big fan of the left-back.

He wants Kolasinac to operate on the left flank in a 3-4-2-1 formation. Pereira cannot do this to great effect currently as his options are not good enough.

Fenerbahce are hoping to sign Kolasinac in January but will not pay any transfer fee. As such, a transfer in the summer is more likely.

That’s when the 28-year-old’s contract will expire, making him eligible to move for nothing.

The German-born defender was originally taken to north London in 2017. He made 36 appearances in his debut campaign as Arsenal finished sixth.

However, Kolasinac’s standing in the squad came under threat two years ago. Kieran Tierney arrived to challenge him at left-back.

The Scot has won the battle for Arteta’s trust and is now an important member of the first team. Kolasinac, in contrast, is a player that Arteta is keen to offload.

Arsenal target David Raya has revealed that it is his dream to play for a big club. The Spanish keeper has caught the attention of Arsenal scouts with his impressive displays for Brentford.

He was in goal on the opening day as the Bees beat Arteta’s side 2-0 at home. Raya is reportedly viewed as a potential replacement for Bernd Leno.

When asked about leaving Brentford, Raya told Cadena Ser: “I’m happy at the club. I want to have a good season this year. We’ll see what happens in the summer.

“My ambitions are great, I’d like to play at the top. You always want to play for big clubs.”

Raya has made 104 appearances for Brentford since joining the club in July 2019.

EPL: Giroud reveals why Arsenal will not finish in top four