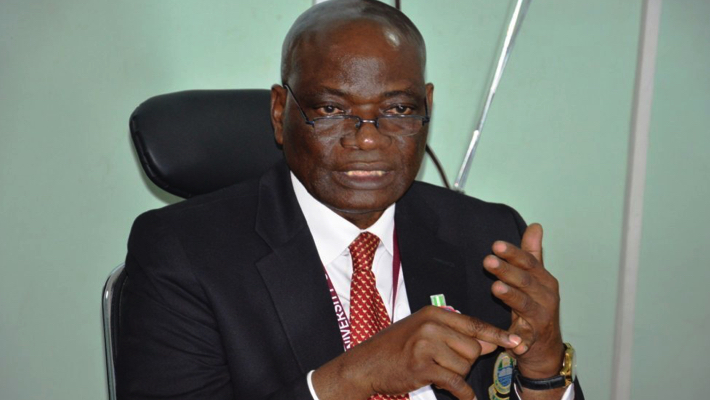 Mr Ogundipe appealed to the federal government to urgently come to the aid of the university in rebuilding the fallen fence.

The University of Lagos’s waterfront is in need of urgent adequate shoreline protection as its ageing perimeter fence has collapsed, the Vice-Chancellor, Prof. Oluwatoyin Ogundipe, said on Wednesday.

Mr Ogundipe made the disclosure in an interview with the News Agency of Nigeria (NAN) in Lagos.

“The rains that Lagos and its environs have experienced possibly due to the impact of climate change and subsequent higher-than-normal discharge of the rivers emptying into the lagoon, possibly led to the collapse of the already aging perimeter fence and embankment with imminent security issues and attendant ecological perturbations.

“In the morning of yesterday, October 19, the chief security officer of the university called my attention to the sad development.

“We quickly rushed there to carry out an on-the-spot assessment of the collapsed perimeter fence on the waterfront.

Mr Ogundipe appealed to the Federal Government to urgently come to the aid of the university in that regard.

“We need reconstruction of the embankment,” he pleaded,” he told NAN.

According to the vice-chancellor, the waterfront of the university is subjected to wave actions and coastal erosion which are associated with risks of land loss, damage to coastal infrastructure and flooding.

He said that the university had maintained an embankment on the shoreline and waterfront serving as perimeter fencing and ensuring that coastal erosion and occasional flooding were addressed.

“The Lagos lagoon is part of the lagoon complex which comprises a network of nine lagoons namely: Yewa, Ologe, Badagry, Iyagbe, Lagos, Kuramo, Epe, Lekki, and Mahin, stretching from the Republic of Benin.

“It lies behind the barrier beach and extends for 210km along the coast.

“The Lagos Lagoon is, on the average, about two to four metres in depth, but it is 10 metres deep at the entrance at the Commodore Channel around the Lagos Harbor, which empties the lagoon into the Atlantic Ocean,” he noted.

He added that the Lagos lagoon was bound in the south by the five cowrie creeks, in the eastern flank by the Palaver Islands, the northern end by Ikorodu, and on the western border, by mainland communities.

Mr Ogundipe said that the Lagos lagoon waterfront with usefulness as a tourism resource is considered a major artery in the water transportation architecture of Lagos metropolis.

“In this light, the university of Lagos waterfront has already been earmarked for construction of a jetty by the Lagos State Government under the leadership of Governor Babajide Sanwo-Olu.

“The lagoon is flanked by tidal wetlands and swamps.

He added water from the Atlantic Ocean moved into the lagoon during high tides and receded during low tides.

According to him, it is affected by a powerful longshore drift and also fed by several rivers such as Ogun,Ona/Ibu, Oshun, Shasha and Oni.