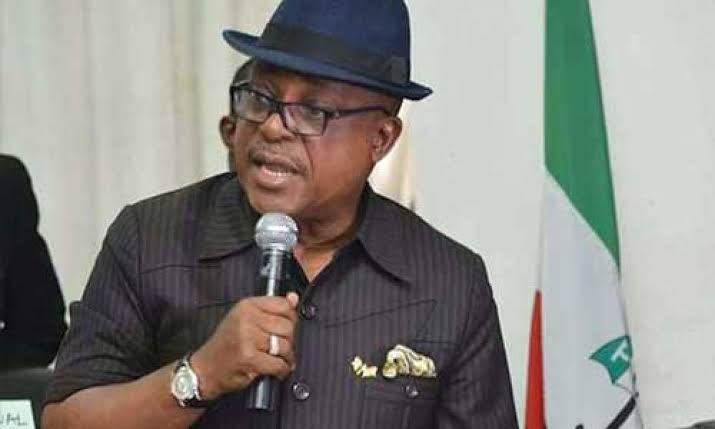 Suspended national chairman of the Peoples Democratic Party, Prince Uche Secondus has said the need to challenge the “lies” told against his persons by an unnamed governor, informed his decision to approach the Court of Appeal to challenge his suspension.

Secondus was reacting to an interview the Rivers state governor, Nyesom Wike granted the British Broadcasting Corporation (Pidgin segment) recently wherein, he said he moved against Secondus because he failed to perform.

In a statement issued Thursday by his media adviser, Ike Abonyi, Secondus dismissed report that he is now romancing the opposition following his suspension by the Rivers State High Court.

“Since the orchestrated plan to hijack the soul of our great party by one of the governors, there has been unrestrained blackmail against the person of Prince Uche Secondus.

“First was the baseless lies that Prince Secondus as national chairman was not meeting up with his obligations at his ward level in Rivers State. It was based on such ridiculous lies that they approached the court to get the purported interim order.

“After the interim order based on such frivolous story, the said governor and his errand boys went ahead to get the court ruling against Prince Secondus.

“For being so treated and victimized without any justification whatsoever after almost four years of selfless service to the party, Prince Secondus is left with no option but to fight for his fundamental rights by approaching the court to seek redress and correct the blackmail and concoctions.

“Notwithstanding the frivolous nature of the allegations, Prince Secondus on his own as a strong believer in the rule of law, decided to respect the court by staying away while seeking the necessary right that should correct the judicial ambush against him and the party.

“While awaiting the out come of the court presently at the Court of Appeal, the blackmail has continued unabated with fabrications and all kinds of laughable lies to the fact that Prince Secondus is romancing with the opposition.

“Against this backdrop therefore, the media office of Prince Secondus deems absolutely necessary to put the record straight and shame those fabricating lies and innuendoes.

“What is Prince Secondus real offence? He blatantly refused to be swayed by individual ambition of a governor that wants him to be a good boy by circumventing the rules of the party.

“The leaders are uncomfortable with Prince Secondus’ straight face and unbending stance on fairness and transparency in the conduct of party affairs particularly elections and congresses.

“These explanations have become absolutely necessary particularly for some gullible party faithfuls who have been feed with all kinds of lies.

“Having paid his dues in serving this party at various strategic levels and has been at the highest command position of the party for the last 46 months, from where he recorded enormous achievements, Prince Secondus will not sit and watch power mongers driven by crazy ambition to rise and hijack and destroy this party.

“Prince Secondus therefore urges loyal and committed party faithful to remain steadfast in prayer since the party’s journey to Aso Rock is on course,” the statement read.