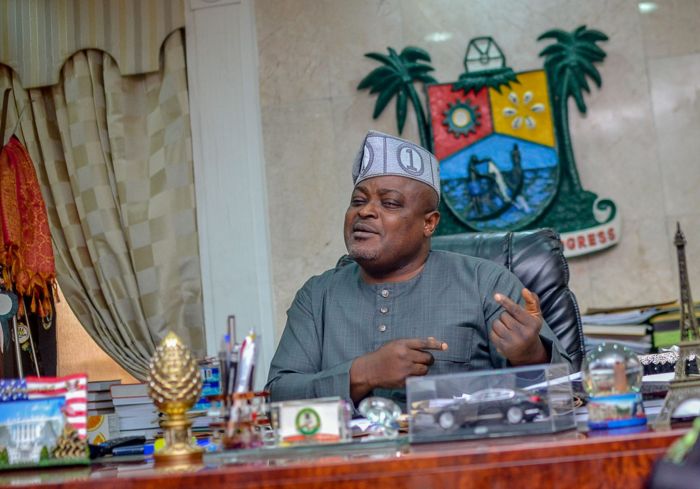 Speaker of the Lagos State House of Assembly, Mudashiru Obasa has revealed the reason Lagos is the epicentre of drug abuse.

He stated that he was not surprised that Lagos has been described as one of the epicentres of drug abuse in the country saying with an influx of people from other states, it should be expected

Recall that the Chairman of National Drug Law Enforcement Agency, Buba Marwa, some days ago stated that Lagos-Oyo axis is the epicentre of drug abuse in the country.

Obasa, on Friday, promised that the state legislature will continue to support the fight against drug abuse and its effects on the youths and residents of the state.

Obasa made the promise when he played host to top officials of NDLEA led by its state commander, Mr. Ralph Igwenagu, according to a statement.

The Speaker expressed hope that a collective fight against the societal challenge would help to further sustain a safe and well-protected Lagos.

Related Topics:Why Lagos Is Epicentre Of Drug Abuse -Speaker Obasa
Up Next

Why Ebonyi Will Never Be Part Of Biafra Republic – Umahi